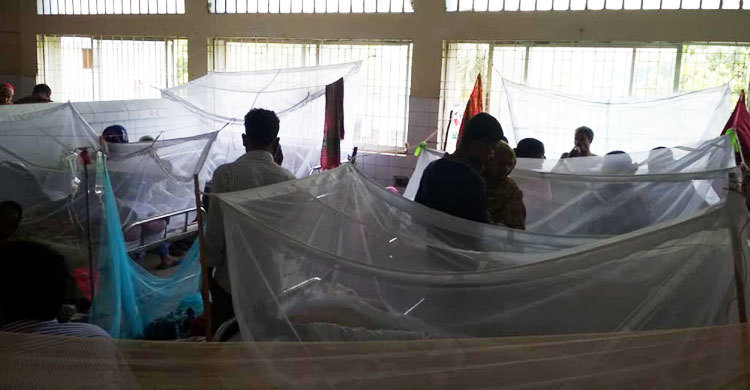 At least 18 new patients were admitted with dengue to Cumilla Medical College Hospital and other hospitals in the district in the last 24 hours till Saturday morning.

Dr Mujibur Rahman, district civil surgeon, said 961 dengue patients were admitted to  different hospitals till Saturday morning and only 60 of them are undergoing treatment while the rest went home after recovery.

All the patients were affected by dengue fever while staying in the capital, Dr Mujibur added.

He said a special ward has been opened at Cumilla Medical College Hospital for the treatment of dengue-infected patients.

At least 1,446 new patients were hospitalised in 24 hours till Friday morning across the country, according to Health Emergency Operation Center and Control Room of the Directorate General of Health Services (DGHS).

The government has so far confirmed 47 deaths although unofficial estimates suggest the death toll is much higher.

Currently, 6,035 patients are undergoing treatment at different hospitals and clinics. Of them, 3,411 have been hospitalised in the capital and 2,624 around the country.

Since the beginning of the year, 61,038 patients with dengue were admitted to the hospitals across the country till Friday morning while 54,956 among them went home after recovery.