Is there a way forward for England from here? 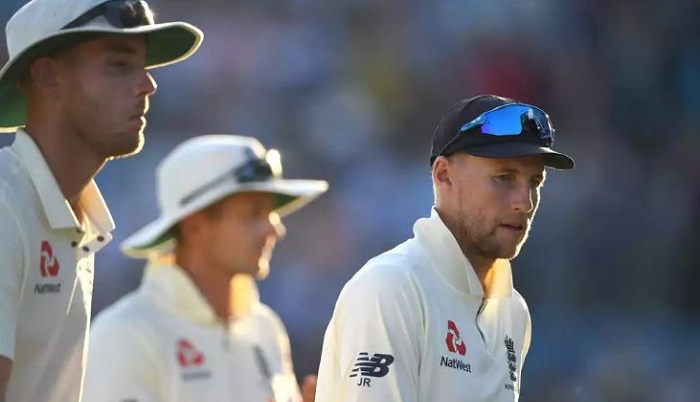 There were boos at Headingley. But they weren't for Warner, Smith or Bancroft.

Booing is as familiar with English sport as rain and comes naturally to supporters, from whatever background or stock. Edgbaston was a cauldron, the Hollies at its feral best. Even at Lord's, the stiff upper lip crumpled into a snarl. The Sandpaper Three copped their abuse. On day two of the third Test, after 27.5 overs that all but gave Australia the Ashes, England fans booed their own team. They deserved it.

It's important to add, not for very long. But long enough for the sentiment to register. As stumps drew near, many English fans had already left. Perhaps they were the smarter ones. You did not need to stay till the end to realise you had experienced one of the team's worst days in recent history.

That's entirely fair, too. Because while there have been four occasions since March 2018 in which England have been dismissed for under 85, none were more catastrophic than this 67. Even though the 58 against New Zealand resulted in defeat, the 77 against West Indies in ignominy, 85 against Ireland an alarm bell not heeded, this cut much deeper. Against Australia, it always does.

There is one other important consideration at this juncture: Australia's attack ranks as one of the best collective bowling units they have brought to these shores, perhaps ever. England are 67 all out bad just as much as Hazlewood-Cummins-Pattinson are 67 all out good.

But four dismissals from the top six came, as batting coach Graham Thorpe described, "outside the eyeline". Only one man, Joe Denly, managed double figures, top-scoring with an innings of 12 that, such was the struggle it contained, might have done his longer term hopes more harm than good.

There are so many ways to unpack this kind of ineptitude, not just because it happens so often, but because in these moments - when an Ashes defeat is staring you in the face and a group of players and a head coach look to be in the Endgame - the focus has to be on solutions rather than simply heads on blocks. And that, really, is when you encounter the full brunt of the problems facing English Test cricket.

Thorpe, naturally, backed those charged with, somehow, digging the hosts out of this mess, saying: "The guys we've selected we believe they're good enough to do the job." Of course, what good would it do to say otherwise?

But is that really true of Denly, who through his own amenability has batted in three different positions across just 11 innings? Or even Jason Roy - a middle-order red ball player who has a first-class average of 37.49 and untameable hard hands that make him such a devastating limited-overs batsman? Coming into this Test, there was talk of Denly facing the new ball and Roy being nestled in at number four where he could perhaps make a bigger impact. There's a phrase about rearranging deckchairs that comes to mind.

The alternates are out there. The top three run-scorers in Division One are all Englishman of relevant suits: an opener (Dom Sibley), number three (Gary Ballance) and number four (Sam Northeast). But with a coach, Trevor Bayliss, on his way out, who would be in charge of any kind of succession planning? Do you blood youngsters, such as Kent's Zak Crawley or do as Australia have done with their squad, and reward output over potential?

Then again, how do you instigate change when you don't know who your coach will be to take them forward? Trevor Bayliss walks away from the job at the end of September. Perhaps, if the final two Tests are to matter little towards the destination of the urn, then pressing the reset button and starting the rebuilding process as soon as possible would be the way to go.

The summer's schedule has been so hectic though that the search for his successor has not really begun. And though assistant coach Chris Silverwood is thought to be a favourite to succeed Bayliss, lumping him with the gig indefinitely - there is a tour to New Zealand in October - only to go another direction would be particularly callous. So, too, would putting Bayliss on gardening leave to see out the remaining two matches of his tenure.

Perhaps the one person to encapsulate just how stuck England are is the captain. Joe Root has talked for a while about his vision and brand of cricket he would like to play. Yet observers throughout his tenure will be hard-pressed to tell you what it is. And you wonder if Root, beyond the usual platitudes of "positive" and "intent", has any clue.

He could not have had a worse day: undone by a beauty from Josh Hazlewood for a second duck in as many innings and dropping Marnus Labuschagne on 14 when, if only for a moment, it looked like England could limit the damage of giving up a 112-run lead. He is not proactive or tactically astute, but not many leading their countries at the moment have those qualities locked down. Generally, they get by being the best.

But Root has not been anywhere close to while leading. His average is 40 with the armband and 50 without. Even for his own sake, bringing his two-year reign to an end works on a number of levels. Except when finding an alternate.

There is no one else. None of the batsmen are isettled enough to take on the role. Stuart Broad and James Anderson have not got long left. And the last thing Ben Stokes needs is further responsibility on his shoulders.

England could of course still emerge from this match without defeat, in the same way you might find a winning lottery ticket in the street. West Indies chased down 322 here in 2017, but there's nothing in this team to suggest they have the capacity to do similar. Australia's lead of 283 will, the tourists hope, extend to 400 before they even think of putting England back in.

So here we are. Ashes about to be relinquished at the earliest possible juncture, an England side in disarray and a captain seemingly out of his depth. And, for the time being, nothing that can be done to rectify it. That, really, is the biggest worry of all.