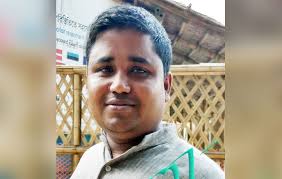 Two Rohingya youths, suspects in the murder of Jubo League Leader Omar Faruk, were killed in a ‘gunfight’ with police in Teknaf upazila of Cox’s Bazar early Saturday.

The deceased were identified as Md Shah and Abdur Shukkur of Jadimura Rohingya camp in Teknaf.

Pradip Kumar Das, officer-in-charge of Teknaf Police Station, said tipped off that Rohingya criminals were gathering beside Jadimura hill police conducted a drive there at 1:30 am.

Sensing police presence, the criminals opened fire on them, forcing them to fire back in self defence that triggered a gunfight.

After the gunfight, police rescued the two injured criminals from the spot and admitted to Teknaf Upazila Health Complex from where they were shifted to Cox’s Bazar sadar hospital where doctors declared them dead.

Earlier on Thursday night, Jubo League leader Omar Faruk, 30, was shot dead at Jadimura in Teknafupazila allegedly by a group of Rohingya criminals.

They burned tyres and plastic boxes to block a five-kilometre road from Teknaf municipality to Leda Point for three hours. The residence of Rohingya leader Noor Mohammad was also torched.

Pradip Kumar Das, officer-in-charge of Teknaf Police Station, said they persuaded  the agitated locals to end their blockade around 3pm assuring them of arresting the killers and bringing them to justice.