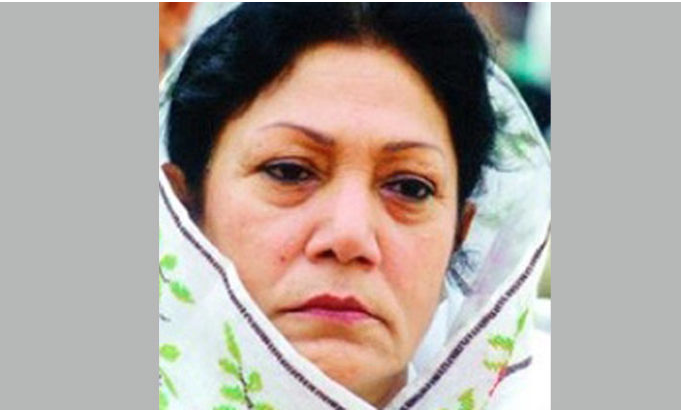 The 15th death anniversary of Ivy Rahman, former president of Bangladesh Mahila Awami League and wife of late President M Zillur Rahman, will be observed on Saturday in a befitting manner.

To mark the day, different political and socio-cultural organisations, including Bangladesh Awami League (AL), its associate bodies and other
likeminded organisations have chalked out elaborate programmes.

The programmes include placing wreaths and offering fateha at her grave at Banani graveyard in the capital, arranging milad mahfil and special prayers and holding discussions in the capital and elsewhere across the country.

Central leaders of Awami League, advisory council and its associate bodies will pay rich tributes to Ivy Rahman by placing wreaths at her grave on the day at 8:30 am. They will also offer fateha and doa seeking eternal peace of her departed soul.

Family members of Ivy will arrange Milad and Doa-mahfil at her Gulshan residence in the city. They urged all members of AL and its associate bodies to attend the programmes.

Ivy Rahman, also former president of Bangladesh Mahila Samity, received grievous injuries during a grisly grenade attack on an AL rally at Bangabandhu Avenue in the city on August 21 in 2004 and succumbed to her injuries on August 24.