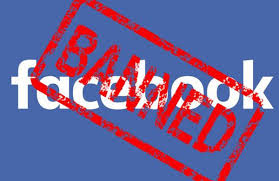 For the fourth time in less than a year, Facebook has removed dozens of accounts, pages and groups linked to the Myanmar military, saying they engaged in suspicious activity and used fake profiles.

The company took down 89 Facebook accounts, 107 pages and 15 groups, as well as five Instagram accounts, from the Southeast Asian country for "engaging in coordinated inauthentic behavior," Nathaniel Gleicher, Facebook's head of cybersecurity policy, said in a blog post on Wednesday.

"The people behind this activity used fake accounts ... to promote their content, increase engagement, and manage groups and pages," Gleicher said. "Our investigation found that some of this activity was linked to individuals associated with the Myanmar military," he added.

The company has found itself at the center of what has been described as a genocide in Myanmar, with activists saying its platforms are used to spread misinformation and hate speech, particularly against the country's Rohingya Muslim minority. Facebook has acknowledged that it was "too slow" to react to the abuse of its platform and "can and should do more."

"We're constantly working to detect and stop this type of activity because we don't want our services to be used to manipulate people," Gleicher said. "We are making progress rooting out this abuse, but as we've said before, it's an ongoing challenge."

Myanmar is not the only country where Facebook has had to take down suspicious government-linked accounts. It took similar action in April against accounts and pages linked to India's two biggest political parties — the ruling Bharatiya Janata Party and the opposition Congress party — just weeks before the country's national election.