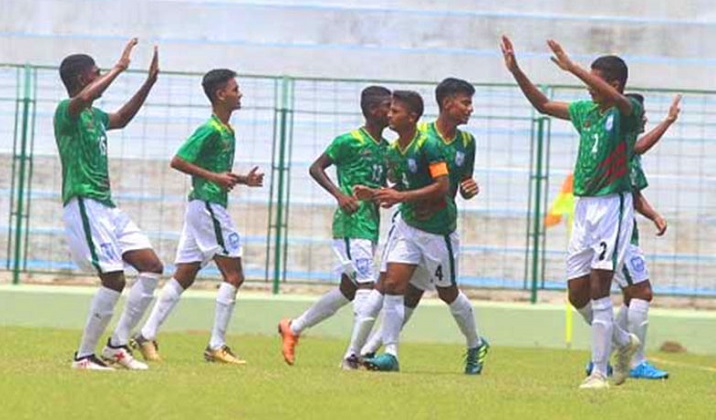 Defending champions Bangladesh sealed a dominating victory by 5-0 goals over Bhutan in their opening match of Saff U-15 Championship 2019 campaign at the Kalyani Stadium in the Nadia district of West Bengal, India Friday.

Midfielder Shuvo Sarkar came into the centre stage by scoring a goal in the 43rd minute and gave his side the lead again.

Mirad scored a brilliant goal in the 83rd minute to extend the lead before substitute midfielder Emon Islam Babu netted the fifth goal from a free-kick in the injury time to seal the victory.

Bangladesh will take on Sri Lanka in their second game at the same venue on Sunday before facing Nepal and India on August 27 and 29 respectively.