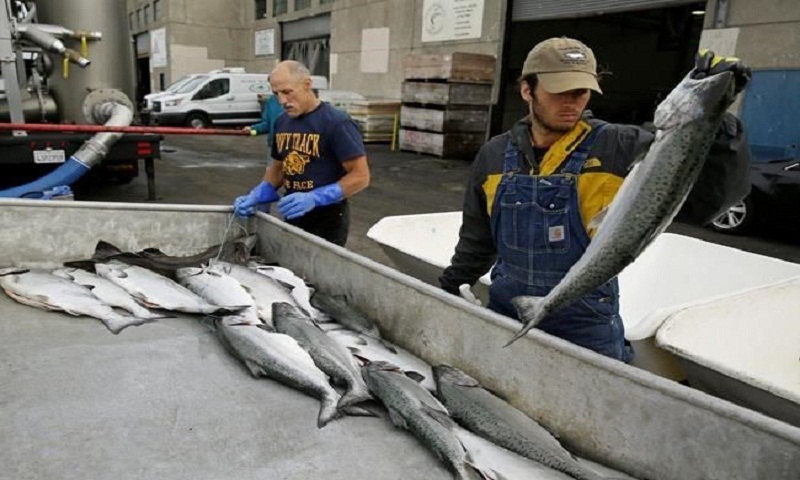 Trolling off the California coast, Sarah Bates leans over the side of her boat and pulls out a long, silvery fish prized by anglers and seafood lovers: wild king salmon.

Reeling in a fish "feels good every time," but this year has been surprisingly good, said Bates, a commercial troller based in San Francisco, reports AP.

Bates and other California fishermen are reporting one of the best salmon fishing seasons in years, thanks to heavy rain and snow that ended the state's historic drought.

It's a sharp reversal for chinook salmon, also known as king salmon, an iconic species that helps sustain many Pacific Coast fishing communities.

Commercial salmon catches have surpassed official preseason forecasts by about 50%, said Kandice Morgenstern, a marine scientist with the California Department of Fish and Wildlife. Harvests have been particularly strong in Morro Bay, Monterey and San Francisco, but weaker along California's northern coast.

This year's adult salmon are the first class to benefit from record rainfall that filled California rivers and streams in early 2017, making it easier for juvenile chinook to migrate to the Pacific Ocean, where they grow into full-size fish.

The strong salmon season, which typically runs from May to October, is positive environmental news at a time of growing anxiety about climate change. A United Nations report released this month warns that global warming threatens food supplies worldwide.