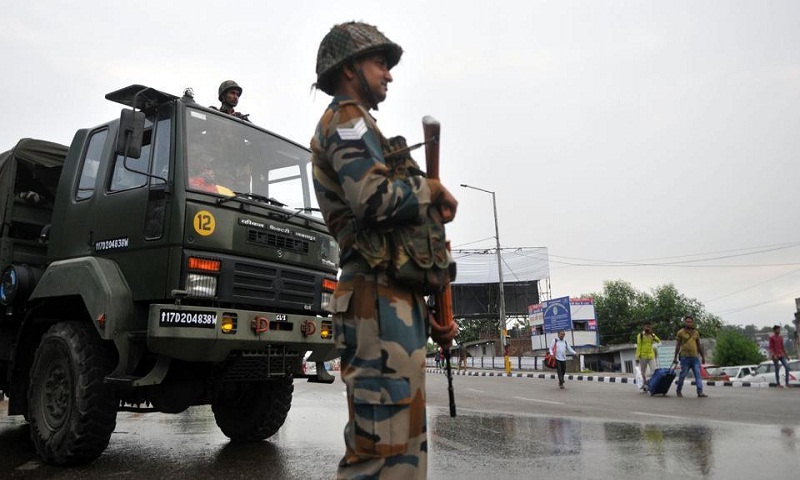 A 34-year-old Indian Army soldier was killed on Friday as Pakistan continued to violate the 2003 ceasefire agreement along the Line of Control in Jammu and Kashmir’s Rajouri district, prompting a strong response from the Indian side, a defence spokesperson said.

Naik Rajib Thapa was manning a forward post in Kalsian village of Nowshera sector in Rajouri when it came under fire from across the border early on Friday. The soldier was immediately evacuated to a military hospital where he succumbed to injuries, reports Hindustan Times.

The Indian Army responded strongly and effectively and has inflicted heavy damage to Pakistan army posts, according to Lt Col Anand. “Casualties to Pakistan soldiers have also been inflicted by our troops,” he said.

Pakistani army troops have been regularly violating the ceasefire along the LoC since the Indian government effectively revoked Article 370, which gave Jammu and Kashmir its special status, and carved out two Union territories of Ladakh and J&K on August 5 and 6.

On Tuesday, a soldier died and four of his colleagues were injured in firing and shelling by Pakistani troops in Poonch district.