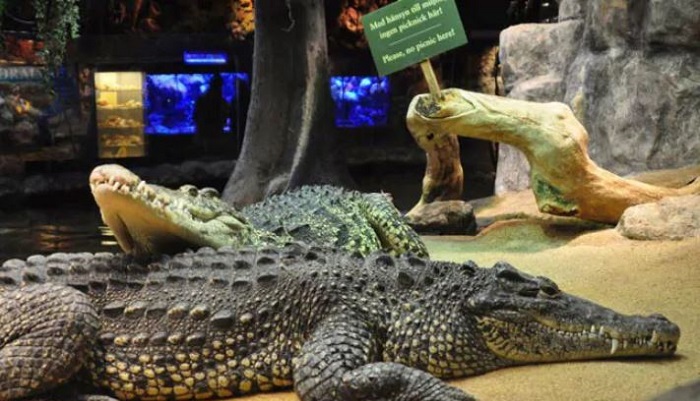 A man was bitten by a crocodile that once belonged to Cuban leader Fidel Castro.

According to BBC, the elderly man had been attending a private party on Tuesday at the Skansen Aquarium in Stockholm, Sweden, when the incident occurred.

Police say he had his "arm on the wrong side of the security glass" when the Cuban crocodile attacked him.

"He had his arm on the wrong side of the security glass and was then bitten by one of the crocodiles," Mikael Pettersson, a police control room officer, told media, according to the Independent.

The head of the aquarium, Jonas Wahlstrom, told local news outlet Aftonbladet that the man, reportedly in his 70s, was giving a speech at the time of the incident. He had his back towards the reptile and put his arm inside the safety glass, which is when the crocodile bit his hand.

People at the party used napkins to stop his bleeding while they waited for the ambulance to arrive. The man was taken to the hospital, and the extent of his injuries is not known.

Skansen Aquarium has two Cuban crocodiles, named Castro and Hillary. They were gifted by Fidel Castro to Russian cosmonaut Vladimir Shatalov in the 1970s. They arrived at the aquarium from Moscow Zoo in 1981. According to the aquarium's website, Cuban crocodiles are one of the most aggressive crocodiles.

"Our thoughts are with the man and his family, who are affected by this very tragic accident," an aquarium spokesperson said. Police are now investigating the incident.