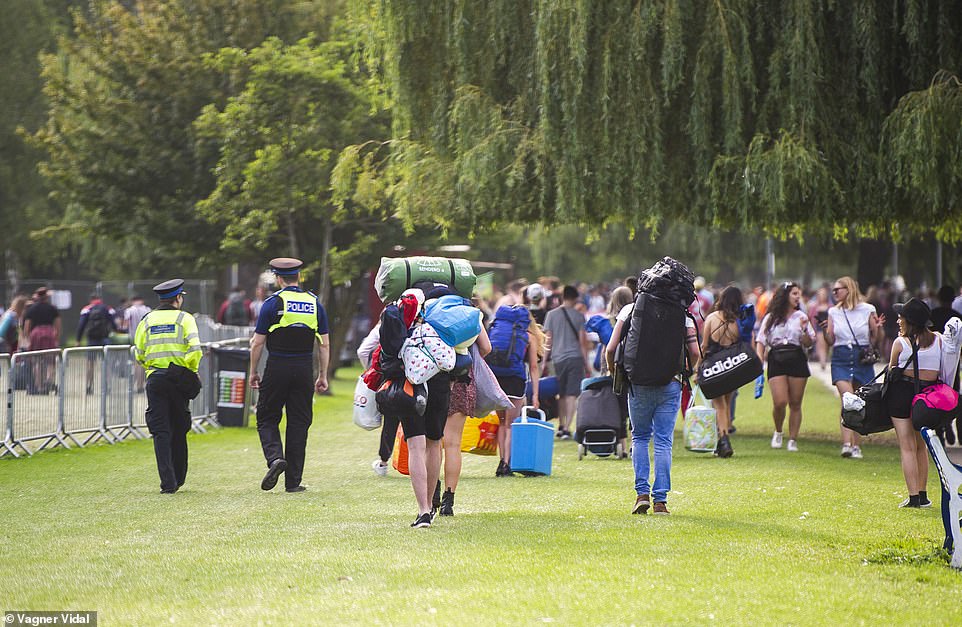 Terrified revellers were crushed against barriers and other people as they queued for a silent disco at UK, witnesses say.

One festival-goer has described her terror during the 'stampede', which took place at around 9pm at Reading Festival.

Festival organisers posted on Twitter that the 'silent area' would not open due to 'technical issues'.

One teenager told : "As people were trying to get into the zig-zag queue (for the silent disco) they were getting crushed.

"I didn't feel safe, I felt like I could drown in a sea of people. I saw people getting lifted out, suffering panic attacks. I was scared for our safety.

"People were getting crushed against each other and the barriers. The barriers looked like they were going to break."

The student said she felt like she was being suffocated as other people in the crowd pushed against her.

She added that the emergency services arrived at the scene shortly after she joined the zig-zag queue.

The festival-goer said there was further pandemonium when revellers received a text from festival organisers saying the disco had been axed due to technical issues.

Miss Smith said: "People started breaking barriers to get out. All of the people in the disco rushed out... people were throwing their headphones away as they were p***** off."

The parents and partners of revellers caught up in the chaos shared their concerns about the 'stampede' on Twitter.

One user wrote: "My girlfriend just called me distraught, currently waiting to see a paramedic as a metal barrier came down on her leg and crushed her. She was then underneath a stampede of people. Totally unacceptable.

Another person added: "My daughter and her friends were caught up in the 'stampede'! Tents have been destroyed and belongings have disappeared. Waiting on management to help. They're all very distressed!"