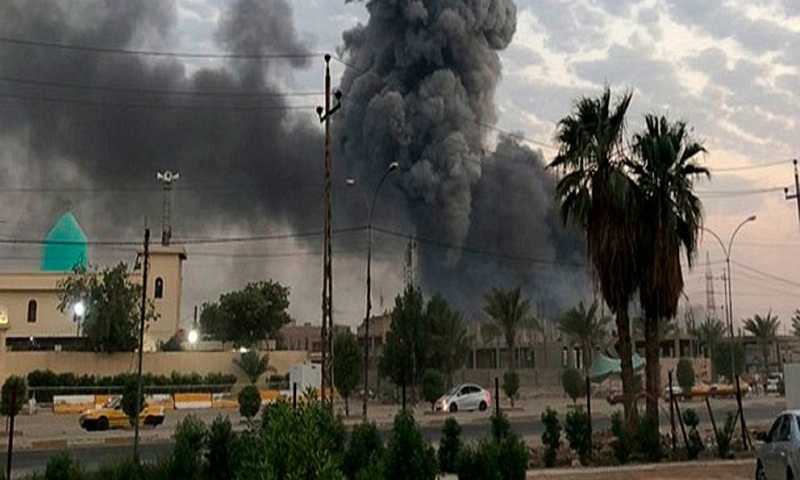 US officials have confirmed that Israel was responsible for the bombing of an Iranian weapons depot in Iraq last month, an attack that would mark a significant escalation in Israel's years-long campaign against Iranian military entrenchment across the region.

The confirmation comes as Israeli Prime Minister Benjamin Netanyahu is strongly hinting that his country is behind recent airstrikes in Iraq, reports AP.

Two American officials said Israel carried out an attack on an Iranian weapons depot that killed two Iranian military commanders. The US officials spoke on condition of anonymity because they were not authorized to discuss the matter with the media.

There have been weeks of speculation in Israel that the army is attacking targets in Iraq.

It would be the first known Israeli airstrike in Iraq since 1981, when Israeli warplanes destroyed a nuclear reactor being built by Saddam Hussein. It also steps up Israel's campaign against Iranian military involvement across the region.

Israel considers Iran to be its greatest enemy and has repeatedly vowed that it will not allow the Iranians, who are supporting the forces of Syrian President Bashar Assad, to establish a permanent military presence in Syria.