Pakistan will no longer seek talks with India: Imran Khan 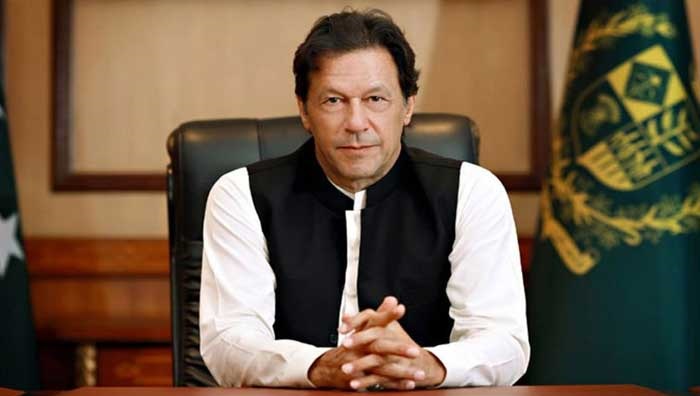 Pakistan will no longer seek dialogue with India as it has repeatedly rebuffed peace overtures, Prime Minister Imran Khan said, a charge rejected by New Delhi which has repeatedly asked Islamabad to take "credible" action against terror groups to resume the talks.

Stepping up his criticism of India after it revoked Jammu and Kashmir's special status early this month, Imran Khan told The New York Times that he fears the threat of a military escalation between the nuclear-armed neighbours.

"There is no point in talking to them (India). I mean, I have done all the talking. Unfortunately, now when I look back, all the overtures that I was making for peace and dialogue, I think they took it for appeasement," he said.

"There is nothing more that we can do," Imran Khan said. But India's ambassador to the United States, Harsh Vardhan Shringla, who was visiting The NYT editorial board, rejected Imran Khan's criticism.

"Our experience has been that every time we have taken an initiative toward peace, it has turned out badly for us," the ambassador said.

India accuses Pakistan of providing safe haven to terror groups, which carry out attacks in Jammu and Kashmir, and other parts of the country.

India has not been engaging with Pakistan since an attack on the Air Force base at Pathankot in January of 2016 by a Pakistan-based terror group, maintaining that talks and terror cannot go together.

The Indian envoy also disputed the severity of India's actions in Jammu and Kashmir.

"We are looking at things going back to normal," he said.

"Restrictions are being eased based on the ground situation." "Public utility services, banks and hospitals are functioning normally," he said.

"There are adequate food stocks. Some restrictions on communication are in the interests of safety and security of the citizenry," Harsh Vardhan Shringla added.

India has said that its decision on Jammu and Kashmir was an internal affair aimed at ensuring overall welfare of the region.

The NYT said it spoke to the Pakistan Prime Minister a day after he said he had spoken by phone with US President Donald Trump and told him of a "potentially very explosive situation" between his country and India.

Imran Khan also expressed concern that India might undertake a deceptive operation in Kashmir to try to justify military action against Pakistan. And Pakistan, he said, would be forced to respond.

"And then you are looking at two nuclear-armed countries eyeball to eyeball, and anything can happen," he said.

"My worry is that this can escalate and for two nuclear-armed countries, it should be alarming for the world what we are facing now."

India has dismissed such repeated warnings by Imran Khan.

"From their side, they would like to project a panic situation, the international community does not think there is a war-like situation. It is a ploy to deflect attention," the Ministry of External Affairs spokesperson said in New Delhi recently.