Mamata Banerjee's poem for democracy after arrest of P Chidambaram 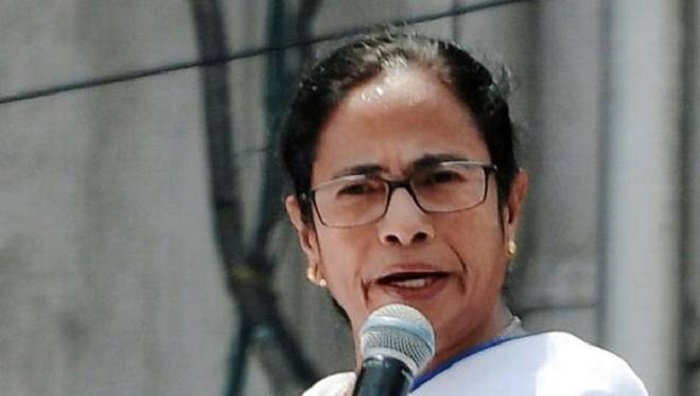 West Bengal Chief Mamata Banerjee was seen making chai (tea) and cuddling babies at a roadside stall in the seaside town of Digha on Wednesday; a video of the Trinamool Congress leader was posted online with a message: "Sometimes the little joys in life can make us happy."

The Chief Minister has now written a poem to express distress over the state of affairs in a country where, she says, "democracy's address cannot be found and the country's history cannot be understood".

She tweeted a poem - "Thikana" - written in Bengali, on Thursday evening, five hours after she spoke out against the manner in which the CBI had arrested Congress leader and former Finance Minister P Chidamabaram.

"Democracy is weeping," Mamata Banerjee said. "No comment on the judiciary but I am quoting Tagore who said, 'justice is weeping in silence'."

A former Union Minister, P Chidambaram was sent to CBI custody on Thursday, after he was arrested over allegations of non-cooperation in the INX Media case investigation.

Mamata Banerjee's comments on P Chidambaram came a day after silence over the dramatic 'disappearance' of the Congress leader, his press conference at Congress headquarters in Delhi and his subsequent arrest.

"I will not comment on the legality of matter," she said at Digha. "But Mr Chidambaram is a senior politician, a former finance minister and home minister of the country. The way his matter is being handled, it is very depressing. It is very sad and bad also."

In the past, Banerjee has reacted swiftly and sharply to political developments, with some of her more impulsive responses criticised. Her response to P Chidambaram's situation, however, was candid but calibrated.

"Everybody must remember in our country there are four pillars: democratic institutions, the election commission, the third is media and fourth judiciary," she said.

"We are missing very much democracy in our country. Democracy is weeping. No comments on judiciary. But I am quoting Tagore and saying, justice is weeping silently."

Mamata Banerjee's attempt at restraint and reinvention, ahead of crucial Assembly polls next year, seem to go against the grain, which is likely why she took to verse to speak her mind.

"Thikana", which means "address" in both Hindi and Bengali, has no English translation. The one below is by an amateur and without the author's consent.

The world of news

The crow is not cawing

The sparrow is not eating the grains of rice

A storm has risen, of disrespect

Why is this storm not ceasing?

Rights are stuffed into a sack

Protestors are in jail

Everything is familiar yet unknown.

Within boundaries, no indefinite limits

But I am well

Heart, find me my address."

This is certainly not Mamata Banerjee's first attempt at poetry.

In May, she took to Twitter with a strongly-worded riposte to the 2019 Lok Sabha election results. Written in English, Hindi and Bengali, the poem "I don't agree", the Chief Minister said she did not believe in "the colour of communalism and selling religious aggression".

Last year, She wrote a powerful poem against the controversial National Register of Citizens (NRC) exercise being carried out in Assam. Written in Bengali and posted on her Facebook page, the poem said, "Want to protest for Indian citizens in Assam? You are anti-national."