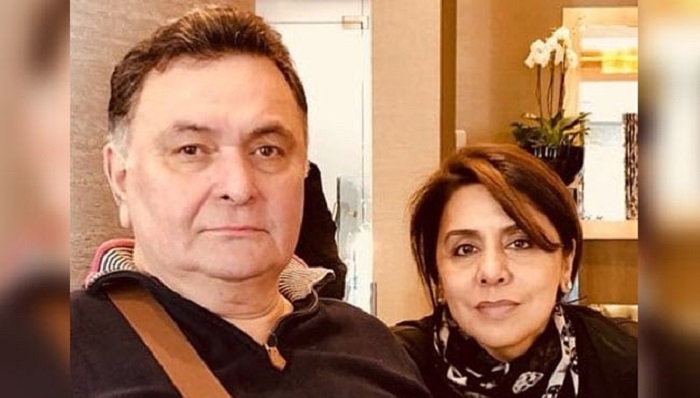 Neetu Kapoor, who stood like a rock beside her actor husband Rishi Kapoor during his cancer battle, says that she "wanted to do everything in her power" so that he shouldn't feel pain.

In an interview with Times Now, Neetu Kapoor called herself Rishi Kapoor's "caretaker" and said:"It's like he became like my child and I wanted to do everything in my power that he should not be in pain, he should get whatever he wants."Rishi Kapoor was diagnosed with cancer in September last year.

He flew to New York for cancer treatment last year and has been abroad for over ten months now.

Talking about how she managed to take care of Rishi Kapoor's medication, Neetu Kapoor said she made her own list for better understanding. "I don't understand these dawayis and I can't do it wrong. I have to do it right. I kind of made my own list and they way it should be given, what I would understand," she told the publication.

This isn't the first time that Rishi Kapoor has credited Neetu Kapoor for his good health. In an earlier interview with mid-day, Rishi Kapoor said: "Neetu has been my rock and has shouldered all the responsibilities. So has been my family, who would drop in to give me the strength to battle my illness."

Rishi Kapoor, who is now cancer-free, also revealed that he will soon return to his home in Mumbai as he wishes to celebrate Ganesh Chaturthi with his family on September 2. He also tweeted about missing his home in the Big Apple and hopes to return as soon as possible.