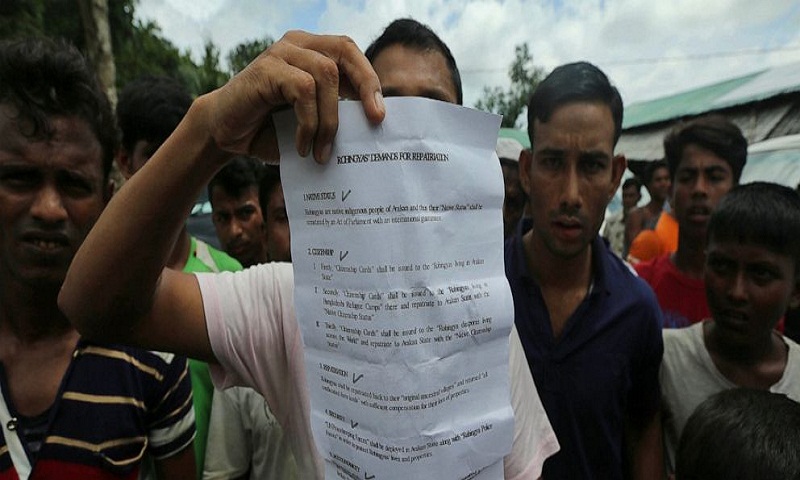 None of the thousands of Rohingya Muslims living in crowded refugee camps in Bangladesh turned up for a planned repatriation to Myanmar on Thursday, demanding they first be guaranteed safety and citizenship.

"Not a single Rohingya wants to go back without their demands being met," Bangladesh refugee commissioner Abul Kalam told reporters, reports AP.

More than 700,000 Rohingya fled across the border to Bangladesh after Myanmar's military began a harsh counterinsurgency campaign against them two years ago, a campaign that involved mass rapes, killings and the burning of homes. A UN-established investigation has recommended top generals be prosecuted over the crackdown.

Kalam said none of the 295 families interviewed by the Bangladesh government and the UN refugee agency had agreed to return to Myanmar.

Bangladesh Prime Minister Sheikh Hasina said her government will not force the refugees to return and the repatriation will only happen if they are willing.

The UNHCR said in a statement Thursday that many Rohingya interviewed actually want to go home if the conditions are met.

Many refugees have said they want to go back under direct UN supervision, not under the Myanmar government.