Quader asks BCL not to serve any particular person’s interests 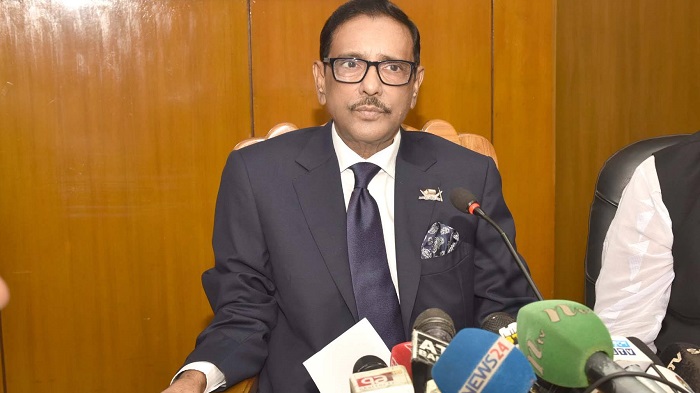 The AL leader came up with this directive while addressing a discussion at the Teacher-Student Centre of Dhaka University (DU).

He also directed them not to breach the chain of command in maintaining contact with the leaders of their mother organisation Awami League.

BCL central committee organised the proramme demanding trial of those who masterminded the August 21, 2004 grenade attack on an AL rally in the capital.

"The forum will look into if they face any problem. So, it is not fair to approach the high command over a silly matter and without consulting the forum," he added.

The ruling party leader also urged the BCL leaders to devise a work plan to make the organisation more dynamic and not to hit headlines for wrongdoings.

Turning to the grenade attack, he alleged that the BNP government was involved with it. “Why did they refuse to allow FBI to investigate the incident and hide all the available evidence if they didn’t carry out it?”

Speaking on the occasion, BCL President Rezwanul Haque Chowdhury Shovon said BNP should be banned for its terrorist activities.