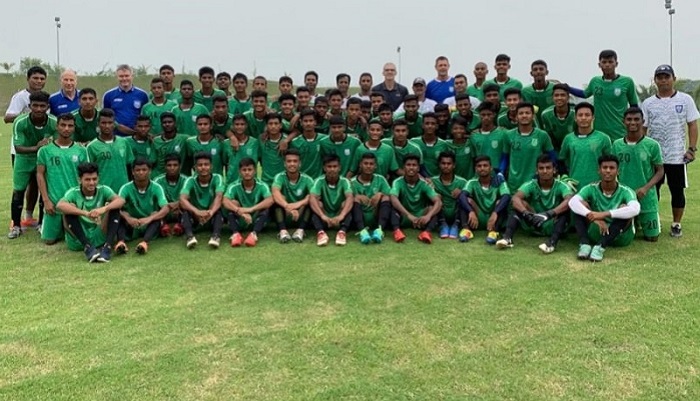 Bangladesh Football Federation (BFF) has selected 21 footballers from the just-concluded Bangladesh Premier League (BPL) for the ongoing residential training camp of Bangladesh Under-18 and Under-19 teams at BFF Fortis Football Academy in Beraid area of the capital.

They will join the camp which began on April 4 last with some other 60 promising footballers picked up by BFF under its countrywide talent hunt programme.

The SAFF U-18 Championship will be held in Nepal on September 20-19 while the AFC U-19 Championship Qualifiers is scheduled for Bahrain November 6-10 this year.

Selected booters have been asked to reports to assistant coach of both teams Rashed Ahmed Pappu at the Academy on Sunday at with their kits.