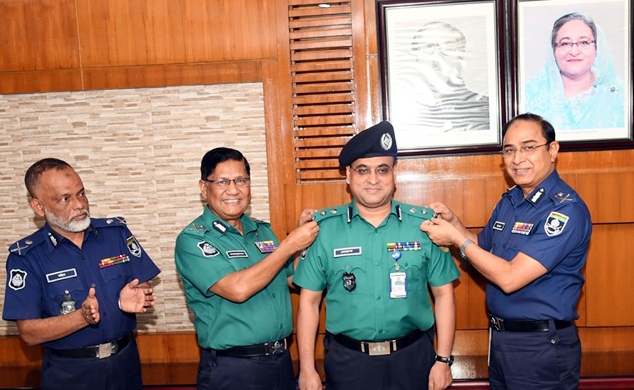 Inspector General of Police (IGP) Mohammad Javed Patwary on Thursday ordered the police force to pay close attention so that innocent people are protected from harassment.

“Police station is the centre of police service for the victims…We are working to become more people-friendly. Therefore, the people’s cooperation is also needed in this regard”, he said in the ‘Rank Badge Wearing Ceremony’ for newly promoted officers to the rank of Additional Deputy Inspector General(ADIG) held at police headquarters today, said an official press release.

He then ordered the entire force to remain alert so that no innocent person fell victim to harassment or lynching.

Asked about terrorism he said that the force should remain alert about it all the time. He also ordered the police unit chiefs to conduct block raids and search operations and establish adequate check posts.