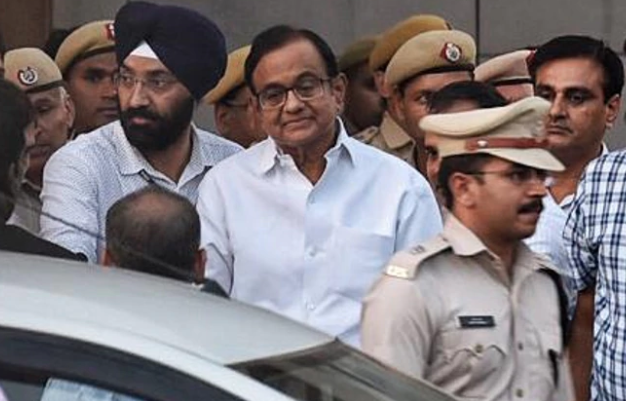 Indian former finance minister P Chidambaram, who was arrested from his Delhi house late Wednesday evening in the INX Media case, has been sent to CBI custody till Monday. The court, however, allowed family members and lawyers to meet Chidambaram for 30 minutes a day. A Delhi Court ordered CBI custody for the senior politician at the request of the federal investigating agency that has accused the former minister of involvement in a decade-old kickbacks case.

The court also ordered that the CBI would have to get the Rajya Sabha MP’s medical examination once every 48 hours. “It is to be ensured that the dignity of the accused is not violated”, the judge said in the order.

Chidambaram was brought to the Rouse Avenue court complex around 3 pm after a medical check-up. His son Karti and wife Nalini had arrived much earlier. So did his team of lawyers including senior Congress leaders Kapil Sibal and Abhishek Singhvi. Chidambaram, who had briefly spoken to his lawyers, later moved to the accused box as they waited for the judge, Anil Kumar Kuhad, to start proceedings.

Solicitor General Tushar Mehta, the government’s second most-senior law officer, who pitched for CBI custody said the ex-minister’s responses to investigators were evasive and his custodial interrogation was crucial.

“Right to silence is a constitutional right and I have no issue, but he is non cooperative, he was evasive to questioning,” Mehta said, describing the INX Media case as a “classic case of money laundering”.

“We are at the pre charge sheet stage and the material is with him... He remained non cooperative,” he said, according to news agency ANI.

Kapil Sibal, who asked the court to release Chidambaram on bail, argued that Karti Chidambaram, also an accused in this case, was released on bail in the case and there was no reason to hold his father in custody.