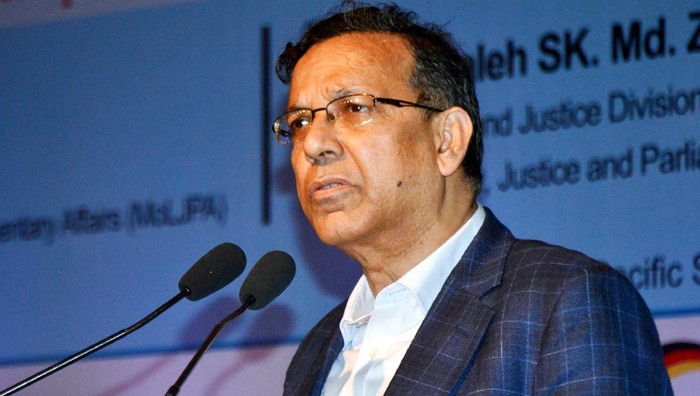 Law, Justice and Parliamentary Affairs Minister Anisul Huq on Thursday said there is no denial that there is 31 to 32 lakh cases are pending before courts across the country and the unusual backlog of cases has to be brought down.

“There is a saying that justice delayed, justice denied. Now a new dimension has been added to it, when justice gets delayed, the possibility of street justice gets involved and we don’t want this to happen,” he said.

Anisul came up with the observations while addressing a presentation and discussion on National Justice Audit Bangladesh at Bangabandhu International Conference Centre in the capital.

The programme was organized under a project titled Justice Reform and Corruption Prevention (JRCP), being jointly implemented by Law Ministry and German development agency GIZ.

District judges, chief judicial magistrates, metropolitan magistrates and equivalent judicial officers across the country joined the programme, among others.