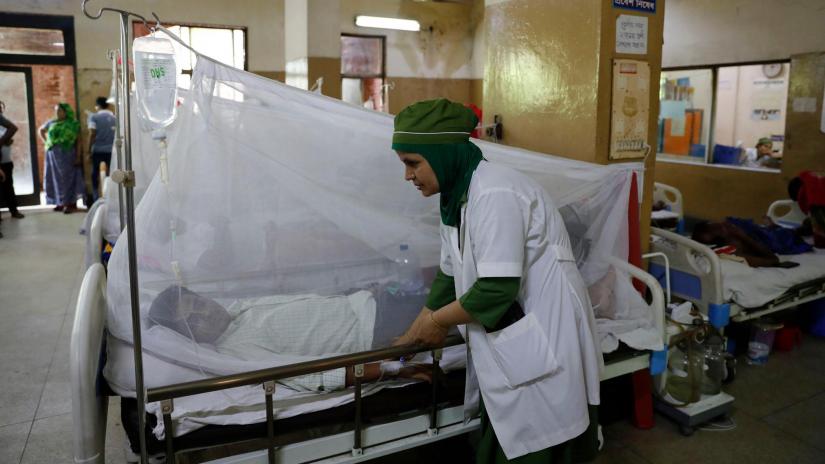 As the city is in the grip of dengue outbreak, at least 300 health workers including 94 physicians have been affected by the mosquito-borne disease over the last three months, according to the DGHS.

According to the Directorate General of Health Services (DGHS), most of the dengue infected doctors and nurses are from Dhaka Medical College and Hospital (DMCH).

A total of 25 physicians and 37 nurses have been infected with dengue fever so far in DMCH, it said.

According to the Health Emergency Operation Center and Control Room of the DGHS, 6 doctors and 12 nurses have currently been undergoing treatment at various hospitals in the capital.

In the hospitals across the country, nearly 60,000 patients with dengue fever were admitted so far in 2019.

A total of 1,597 new dengue patients were admitted to different hospitals across the country in the last 24 hours till 8:00am on Thursday, according to the Directorate General of Health Services (DGHS).

Of them, some 836 dengue patients were admitted to different hospitals in the capital and the rest were outside Dhaka.

The rate of admission due to dengue fever in hospitals decreased by 2 percent than the previous day, the fresh data of the DGHS suggested.

So far 90 percent dengue patient returned their home after receiving treatment in different hospital, according to the data.

Earlier, some 1,626 dengue cases including 711 in the capital were reported in the previous 24 hours.