Taskforce will be formed soon to prevent road accidents: Quader 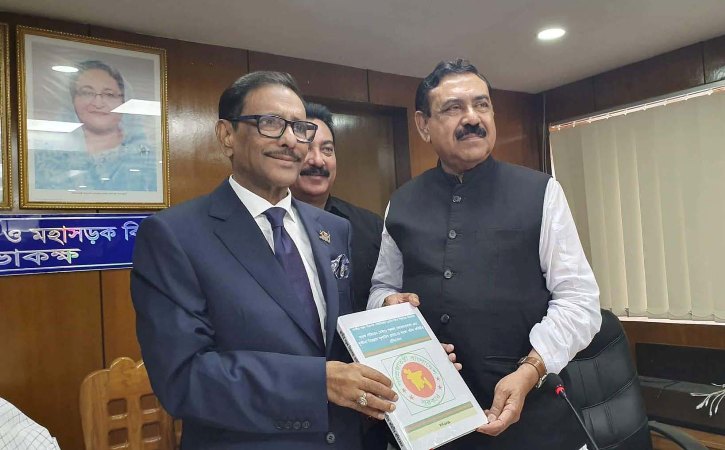 Road Transport and Bridges Minister Obaidul Quader on Thursday said a taskforce will be formed soon to take effective steps to prevent road accidents across the country.

“Road accidents reach an alarming level. A taskforce will be formed soon to take effective steps to prevent accidents on roads,” he told reporters at the Secretariat in the capital while a committee formed to strengthen discipline in road transport sector and find ways to prevent road accidents submitted its report to the Road Transport and Bridges Ministry.

Committee chief and former shipping minister Shajahan Khan handed over the report to the road transport and bridges minister. Moshiur Rahman Ranga, MP, was present on the occasion, said a press release of the ministry.

“Works are underway to formulate rules to enforce the law. Talks continue with stakeholders in this regard,” he said, hoping that the law would be enforced soon.

In February this year, the 15-member body was formed at the 26th meeting of National Road Safety Council, asking it to submit its recommendations by March 10 for preventing road accidents and bringing discipline on the roads.

The committee gave 111 recommendations to this end.

Quader said these recommendations will be placed at the next meeting of the National Road Safety Council on September 5 next. “No more delay. We want to start implementation work as soon as possible,” he added.