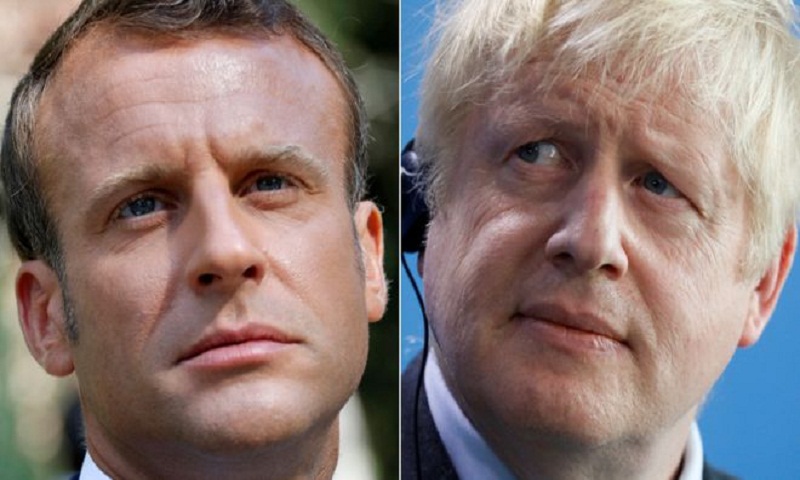 Boris Johnson is to meet Emmanuel Macron later, hours after the French president insisted reopening negotiations is "not an option".

Mr Macron said: "We have to help the British deal with this internal democratic crisis but we mustn't be hostage to it nor export it."

On Wednesday, German Chancellor Angela Merkel said the onus was on the UK to find a workable plan, reports BBC.

Mr Johnson said a deal could be achieved with "sufficient patience".

The UK prime minister has said the backstop - which aims to prevent a hard border on the island of Ireland after Brexit - must be ditched if a no-deal exit from the EU is to be avoided.

If implemented, the backstop would see Northern Ireland staying aligned to some rules of the EU single market, should the UK and the EU not agree a trade deal after Brexit.

It would also see the UK stay in a single customs territory with the EU, and align with current and future EU rules on competition and state aid.

These arrangements would apply until both the EU and UK agreed they were no longer necessary. Brexit supporters fear this could leave the UK tied to the EU indefinitely.

The EU has repeatedly said the withdrawal deal negotiated by former PM Theresa May, which includes the backstop, cannot be renegotiated.

The UK is due to leave the EU on 31 October, with no deal being the default option.

After meeting Mr Macron on Thursday, Mr Johnson will attend the G7 summit on Saturday alongside other leaders including US President Donald Trump.