Rohingyas unwilling to go back until their demands met: Relief commissioner 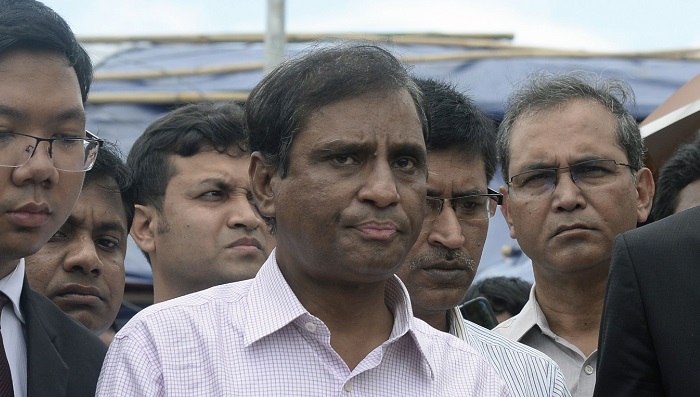 Rohingya people, who took shelter in Bangladesh fleeing from persecution in their home country two years ago, don’t want to return as there lacks congenial atmosphere for them to Myanmar for repatriation.

Rohingya Rehabilitation and Relief Commissioner Mohammad Abul Kalam came up with the remark at a press conference on Thursday noon.

The press conference was held at 12:00pm.

Abul Kalam said, “Not a single Rohingya person want to go back to Myanmar until their demands are met.”

He also informed that all necessary arrangement has already been made for starting the process of Rohingya repatriation.

He said, “The interviews of enlisted Rohingyas from 235 families for repatriation are being held. But none has consented to go back to Myanmar willingly yet.”

He also informed media that the process of taking interview will continue till 4:00 pm this afternoon.

The second attempt to start repatriation of Rohingyas to Myanmar might turn out to be futile as most of the displaced seem to be willing to return their homeland.

Earlier, as per a fresh move to repatriate the displaced Rohingya, Bangladesh with the assistance of UNHCR, handed over a list of 22,432 Rohingyas to Myanmar for repatriation.

Of them, Myanmar government cleared some 3450 Rohingyas of 1,056 families for repatriation and set August 22 as the date to start the process.