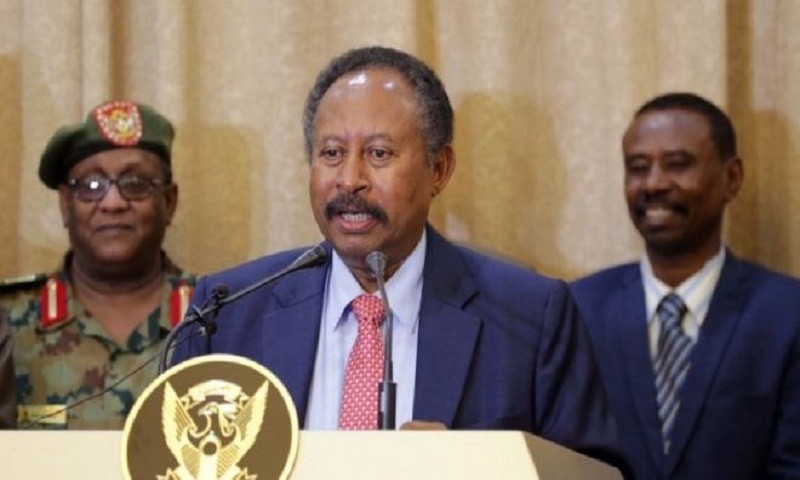 Sudan has appointed a new prime minister as the country embarks on a three-year transition to civilian rule.

His appointment comes as Lt-Gen Abdel Fattah Abdelrahman Burhan was sworn in as leader of the new Sovereign Council.

The new government will run the country until an election. There have been months of turbulence including the deaths of dozens of protesters.

The opposition hopes the new appointments will usher in an end to military rule.

The crisis began with protests at the end of last year which led to the ousting of Omar al-Bashir after 30 years of authoritarian government.

Mr Hamdok was sworn in as transitional prime minister on arrival from Ethiopia, where he has worked as a respected senior economist for the UN since 2011 before stepping down last year.