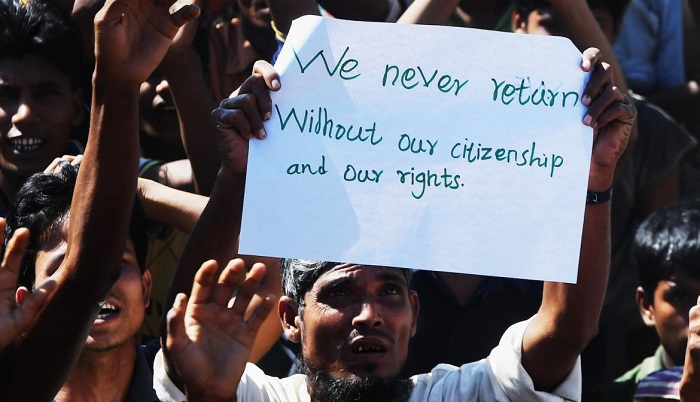 A portion of Rohingyas, unwilling to go back Myanmar showing the cause of insecurity of their lives, is going to hold a press conference on Thursday.

The press conference will be held at Rohingya camp 26 in Shalban of Teknaf this afternoon, according to media report.

A portion of enlisted Rohingya people, who are set to back to their homeland on Thursday (August 22) as Myanmar government has already cleared them for repatriation, will join the media briefing.

The second attempt to start repatriation of Rohingyas to Myanmar might turn out to be futile as most of the displaced seem to be willing to return their homeland.

Earlier, as per to a fresh move to repatriate the displaced Rohingya, Bangladesh with the assistance of UNHCR, handed over a list of 22,432 Rohingyas to Myanmar for repatriation.

Of them, Myanmar government cleared some 3450 Rohingyas of 1,056 families for repatriation and set August 22 as the date to start the process.