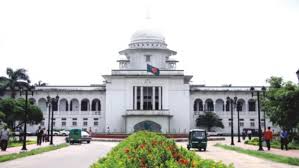 Three judges of the High Court on Thursday were asked to refrain from performing their duties as an investigation is underway against them for their ‘misconduct’.

The names of the three judges were not there on the daily cause list of the court on Thursday.

Md Saifur Rahman, a special officer and representative of the Supreme Court, told reporters that the three judges were asked to refrain from judicial activities after consultation with President Abdul Hamid based on the findings of a primary investigation.