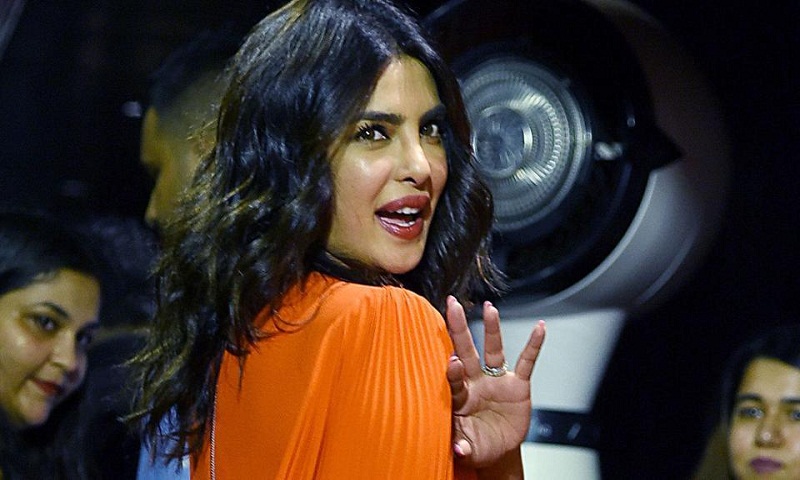 Actor Priyanka Chopra has announced her next Hollywood project -- a kids’ superhero movie for Netflix. She will be collaborating with filmmaker Robert Rodriguez of Alita: Battle Angel fame who will write, direct and produce the film.

According to a report on Hollywood Reporter, the film is titled We Can Be Heroes and revolves around a group of alien invaders who kidnap Earth’s superheroes, leaving their children to team up and save their parents and the world. Priyanka is said to play Ms. Gradenko in the film, reports Hindustan Times.

Priyanka was last seen in Rebel Wilson-starrer Isn’t It Romantic, which also released on Netflix in February besides having a theatrical release in the US. She will soon begin the promotions of her upcoming film, The Sky Is Pink which is scheduled to release on October 11 and will also be screened at the Toronto International Film Festival. She also has a Hollywood film with Mindy Kaling in the pipeline.

The actor was recently in news for being called out by a Pakistani fan for her ‘Jai Hind’ tweet being a UNICEF goodwill ambassador. Now Pakistan’s Human Rights Minister Shireen Mazari has written to the UNICEF, calling the actor’s removal as a peace ambassador while accusing her of supporting the Indian government’s recent decision on Kashmir.

On the personal front, she is often seen with husband Nick Jonas who is on a worldwide tour. She was seen cheering for him at the Happiness Begins concert in Miami along with the entire Jonas family and her mother Madhu Chopra and brother Siddharth Chopra.