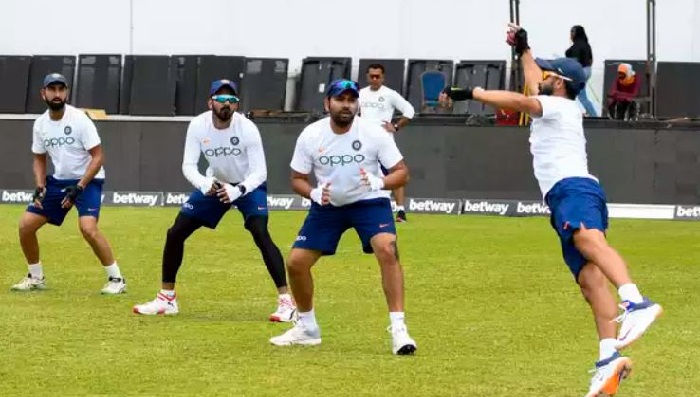 The captains of India and West Indies were looking back to the good memories their teams created at the Sir Vivian Richards Stadium in the recent past as a stepping stone to success in the opening Test of the two-Test series between the sides, as they make their opening gambit in the World Test Championship [WTC].  Virat Kohli hammered his first Test double hundred during the 2016 tour of the Caribbean, and India won by an innings. Jason Holder chose to recall the success against England earlier this year, when the visitors were routed by 10 wickets.

West Indies' ambush of England (2-1 series win) was predicated on their fast bowlers making in-roads early and often into the fragile England batting order. The goal would be no different this time if the men in maroon were to challenge the world's top Test side. Kemar Roach and Shannon Gabriel have matured further as the leaders of the pack and have been ably supported by the useful seam bowling of Holder, all three of them in the top 15 of ICC Test Bowlers rankings. With the pitch posing a dry look on the eve of the Test, West Indies might want to bolster their spin bowling stocks in addition to Roston Chase and that could lead to a debut for local man Rahkeem Cornwall, who bowls tidy off-spin and swings a broad blade.

Both Holder and Kohli were keen to make a bright start to the WTC cycle and were keenly aware of the consequences of results - positive and negative. Holder believed the championship race brought "something special" in the grand scheme of bilateral Test contests and was confident that his wards were "completely aware of what is it at stake."

Kohli was very matter-of-factly about it: "When you have points to gain, and you know you are working towards something, then every match becomes that much more of importance...It is going to bring in more competition, more requirements on concentration, precise cricket and a lot of discipline." He believed that the "Test championship and its format...will take the standard of Test cricket higher."

India do boast two bowlers in the top 15 (R Ashwin and Ravindra Jadeja) , with Jasprit Bumrah on the cusp at 16. Ashwin, especially, has been a particular thorn in the West Indies side, reaping 60 wickets in 11 contests, of which 17 came in the four Tests he has played in the Caribbean, including the 7-83 to close out the match last time these two sides met in Antigua. He also has scored all his four Test centuries against the West Indies; two in the tour of 2016 including the 113-run knock in, you guessed it, Antigua.

But Holder wasn't going to be drawn into saying any bulletin board material about the Indian bowlers. He would go as far as to say, "they have got quality bowlers and we have got quality bowlers." He chose to instead focus on the basics. "Against the best in the world, you tend to play the ball [and not the bowler]. It's what we have got to focus on. It's a five-and-a-half oz ball coming down and we have to focus on that regardless of who has it in their hands."

Both captains acknowledged that their recent successes have been borne by the good work done by their bowlers, now it is time for their batsmen to step up to the task. West Indies are looking forward to challenging the best in the business as it "brought out the best in them" and Kohli is keen on building on the positives of India's first Test series win in Australia.

The match promises to be a good contest with two pretty good bowling line-ups, and two batting orders that still have some question marks about them, provided the playing surface supports attractive brand of cricket.

Pitch conditions: The twenty-yard strip bore a dry look for the most part on the eve of the Test match with some dead grass patches at the the good length areas for right handed batsmen, from either end. There were some damp spots visible on the pitch but that was groundsmen making sure they have adequately watered the pitch so that the playing surface holds together for five days of play. Both teams are not convinced of their playing XI - or were not ready to reveal it - till they took another final, close look on the morning before the toss.

What to expect: Occasional shower or two is expected during the first three days of the Test. The conditions should not be affected very much and there should be enough playing time over the five days for an outright win, with the victorious side set to collect 60 points in the World Test Championship race.

West Indies: On the eve of the Test, it was announced that all-rounder Keemo Paul will miss the Test match due to a left ankle injury and will remain in Antigua for rehabilitation. Left arm medium pacer Migeul Cummins has been drafted in to the side as replacement whose best bowling figures of 9-102 in a Test match came against India at Gros-Islet in 2016. Cummins was also featured in two of the "A" first-class matches against India A recently and had best innings returns of 4-40.

India: Skipper Kohli said only two front-line openers were selected in the squad to ensure they get at least four innings "to express themselves". Kohli also said India's bowling attack is likely to be a combination of two spinners and two quicks or one spinner and three quicks based on the pitch on the morning of the match. If India opt for the former, Ishant Sharma and Umesh Yadav might have to sit this one out.