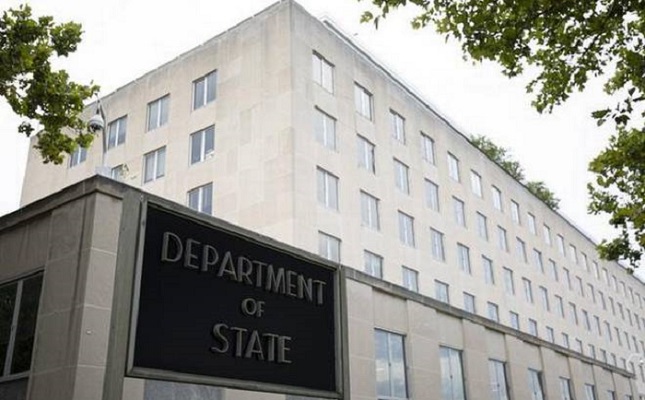 The US believes that the abrogation of Article 370 by India is an internal matter for the country but has external ramifications. This was conveyed to a group of reporters in Washington DC by a senior State Department official, who did not want to be named.

“We recognise that it’s an internal matter, but it obviously has implications outside of India's borders. And so we have long called for direct conversations between India and Pakistan to resolve what have been the decades of tensions generated by that issue,” the official said.

“And so I think when you look at our approach to Kashmir we focused in the near term on the human rights situation, encouraging India to move quickly to release detainees to restore basic freedoms, to implement what the Prime Minister laid out in his own address of a return to political normalcy for Jammu and Kashmir, whether first as a Union Territory but then as a State and the restoration of political dialogue. So we look to the India government to undertake those steps,” the official said.

“We continue to be very concerned by reports of detentions and the continued restrictions on the residents of the region. We urge respect for individual rights, compliance with legal procedures and an inclusive dialogue with those affected,” the official said with regard to recent administrative and legislative changes made by India in Jammu and Kashmir since August 5, when Article 370 was abrogated and Jammu and Kashmir bifurcated into two Union Territories – Jammu and Kashmir and Ladakh.

“For Pakistan, Kashmir has always been an important issue… it's been an emotional issue,” the official said, adding that it was an important time for Pakistan to demonstrate, for its own reasons and in accordance with its own national plan, that there was no benefit to allowing proxy groups [ terrorist outfits] to operate from its soil.

“It's all the more important that Pakistan demonstrate its resolve to halt cross border terrorism. I think obviously we saw that the 1989 playbook was a failure for the people of Kashmir as well as for Pakistan,” the official said.

In 1989 armed resistance to India’s control of Kashmir erupted and India had accused Pakistan of arming militant groups, some of which called for independence from India and some for union with Pakistan.

“But the President's interest in helping to encourage stability in south Asia is not new. And one of the very first strategies put forward by the administration was the South Asia strategy. And that strategy was called ‘South Asia’ for a reason. [It] wasn't an Af-Pak strategy. It wasn't an Afghanistan strategy. It was very much about India's role, and strategic interests also in the region, and being able to work across the region to achieve stability, connectivity and peace,” the official spokesperson said.

On Pakistan Foreign Minister Shah Mahmood Qureshi’s announcement on Tuesday that his country would take India to the International Court of Justice (ICJ) over the change in Jammu and Kashmir’s status, the official said the resolution to Kashmir lies in direct conversation between India and Pakistan.

“It's Pakistan sovereign decision whether it wants to approach the International Court of Justice. Our view is a resolution in Kashmir is not aided by multilateralising it, that the answer is direct conversation between India and Pakistan,” the official said.