‘Rohingyas refuse to go back’ 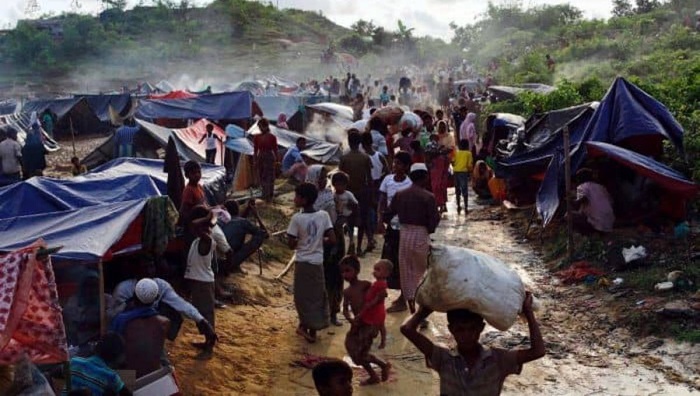 Bangladesh is ready to send back the first batch of Rohingyas to their place of origin in Rakhine State of Myanmar on Thursday, says an official.

Representatives of UN refugee agency UNHCR and RRRC took interviews of 235 Rohingya families at Shalbagan Rohingya camp in Teknaf upzila on Tuesday and Wednesday, he said, declining to disclose whether the interviewees agreed to return to their homeland.

Abul Kashem, a Rohingya man of the camp, said, “We’ll return only if the Myanmar government gives us citizenship, gives back our houses and ensures security.”

Another displaced Myanmar national, Air Hossain, said, “We won’t go back if our six-point demand is not fulfilled.”

With the latest list, Bangladesh has so far handed the names of around 55,000 Rohingyas to the Myanmar authorities and around 8,000 of them have been verified. Myanmar only cleared 3,450 Rohingyas for beginning the repatriation.

Bangladesh is now hosting over 1.1 million Rohingyas and most of them entered the country since August 25, 2017. Bangladesh and Myanmar signed the repatriation deal on November 23, 2017.

The first batch of Rohingyas was scheduled to return on November 15 last year but it was halted amid the unwillingness of Rohingyas to go back for lack of a congenial environment in Rakhine.