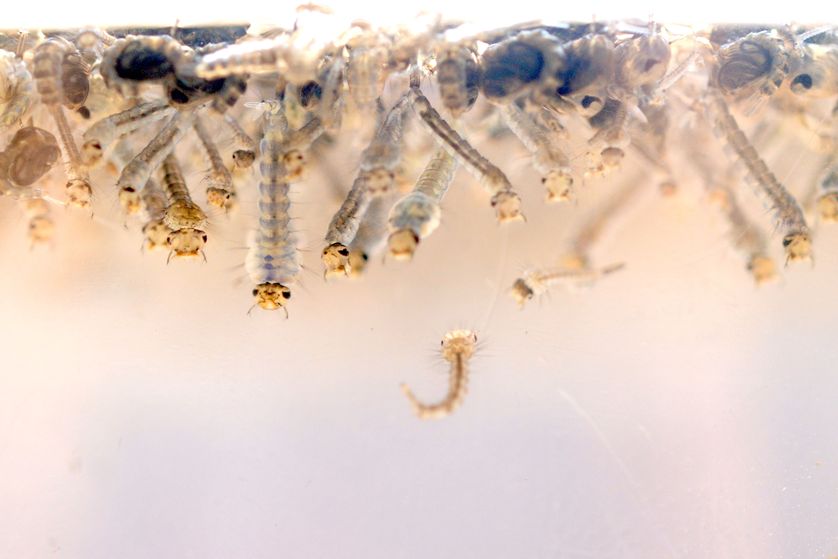 A joint IAEA-FAO-WHO expert team arrived in the capital on Wednesday on a three-day visit aiming to help Bangladesh tackle dengue outbreak caused by Aedes mosquito.

On the first day of its visit, the team held a meeting with senior officials of the Health Services Division, the Local Government Division, the Agriculture Ministry, the Environment, Forest and Climate Change Ministry, Bangladesh Atomic Energy Commission and the representatives of the public agencies concerned. Health Services Division Secretary Md Asadul Islam chaired the meeting.

During the meeting, they discussed mosquito control by applying the Sterile Insect Technique (SIT), said a press release of the Health and Family Welfare Ministry.

The main objective of the team is to assess the feasibility of Sterile Insect Technique (SIT) in controlling Aedes mosquito in Bangladesh.

The sterile insect technique is an environmentally-friendly insect pest control method involving the mass-rearing and sterilisation, using radiation, of a target pest, followed by the systematic area-wide release of the sterile males by air over defined areas, where they mate with wild females resulting in no offspring and a declining pest population.

IAEA has approved the expert mission due to an initiative taken by Bangladesh Embassy and Permanent Mission in Vienna, with the support from the Health Services Division, the Ministry of Health and Family Welfare, and the Ministry of Science & Technology, after the dengue fever outbreak in the country.

The work of the expert team — consisting of Rafael Argilés Herrero and Danilo de Oliveira Carvalho, Technical Officers of the Insect Pest Control Section at the Joint FAO/IAEA Division of Nuclear Techniques in Food and Agriculture, and Rajpal Yadav, Scientist, Vector Ecology and Management, Department of Control of Neglected Tropical Diseases, WHO — is expected to help Bangladesh in successfully tackling the diseases caused by the Aedes mosquito population in the country.

“We are trying to avail the best possible scientific know-how to tackle the Aedes mosquito. We thank IAEA for prompt response to support Bangladesh in this time of need,” said Bangladesh Ambassador & Permanent Representative in Vienna M Abu Zafar, according to a Foreign Ministry press.