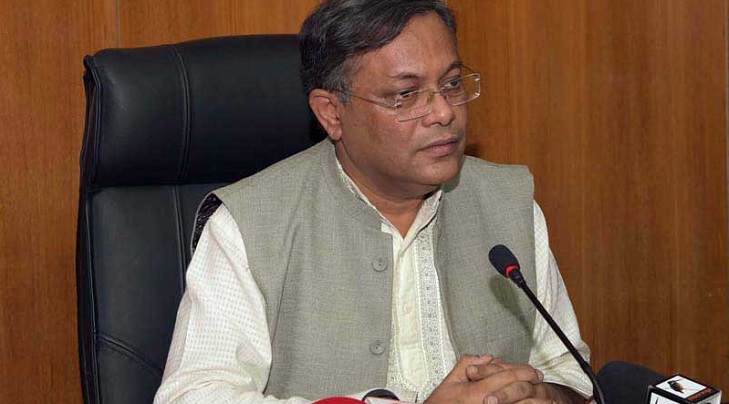 “DGFI (Directorate General of Forces Intelligence) tried to investigate as per the statement of the DGFI officials. But, Begum Zia rebuked them. So, she is also liable for the attack,” he told reporters after placing wreaths at the memorial erected on the spot of the occurrence at Bangabandhu Avenue in the city.

Terming the incident as a dreadful one, the minister said the then BNP government rebuked a DGFI official and police officials who wanted to investigate the heinous attack.

After the attack on that day, he said, police lobbed tear gas and resorted to lathi charge on AL leaders and workers instead of rescuing the dead and the injured persons. “The aim of this action was to allow attackers to flee without any hindrance,” he added.

Instead of tracking down the real culprits, the BNP-Jamaat government staged the “Joj Mian drama with an innocent village man” to divert the incident to other direction, Dr Hasan said.

He said BNP-Jamaat clique is hatching conspiracy to turn Bangladesh into a militant state. The minister urged all to remain alert against the conspirators.