RMG workers call off protest after getting promises from owners 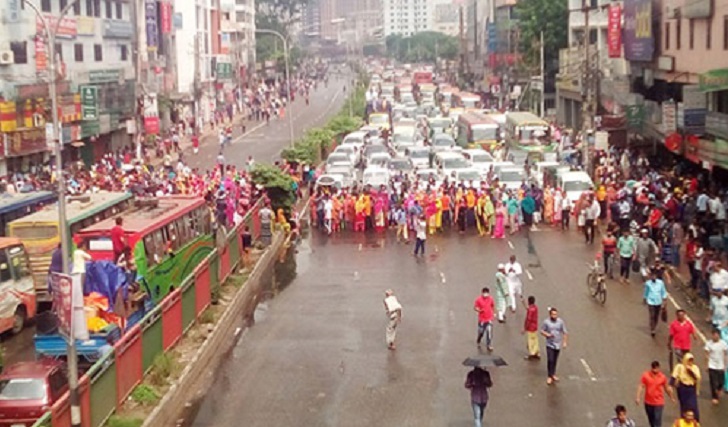 The protesting garment workers of Alif Apparels in Shyamoli area have called of their protest after getting promises from BGMEA leaders and factory owners to resolve the crisis after sudden closure of their factory.

Around 12:00 am on the day (Wednesday), the representatives from both the owners and workers sat in a discussion under the arrangement of police to resolve the crisis.

Earlier in the morning, they took to street demanding to open up their factory.

The movement of the workers blocked the road and stopped the vehicular movement in the capitals Shyamoli bus terminal area. Thousands of people were in trouble for the sudden closure of the traffic movement in the area.

It is known that, the workers of the factory went home during Eid Holidays. After spending holidays, they found the factory was closed.