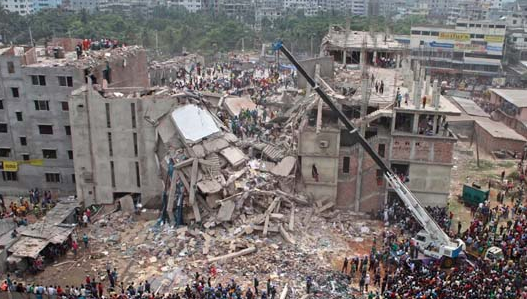 A Dhaka court  set November 20 to hold hearing of a murder case lodged over Rana Plaza tragedy that caused deaths of around 1,200 people on April 24, 2013.

Today was fixed for start recording testimonies of the witnesses in the case, but Dhaka District and Session Judge Md Helal Uddin reset the date
allowing a time plea of the defence.

At least 1,136 people, mostly garment workers, were killed and over 2,500 injured in the building collapse on April 24, 2013. Then sub-inspector of
Savar Model Police Station Wali Ashraf filed the case for causing death by negligence and fault in constructing the building.

CID assistant superintendant Bijay Krishna Kar on April 26, 2015, filed charge sheet against 41, including the building owner Sohel Rana. He made 594 people witnesses in the case.