Is our banking system fragile by design? 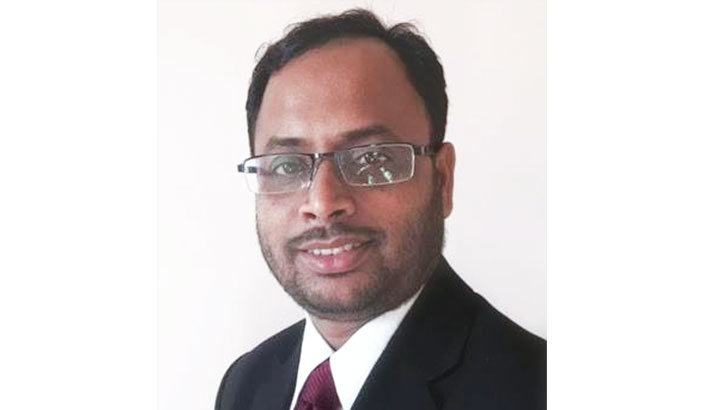 The recent statement of the finance minister in regard to the process of writing off bank’s classified loans has stirred a debate on the stability and sustainability of the country’s banking system once again. Of course, such a debate is not new. This sector has gone through several phases of crises fuelled by the accumulation of problem loan known as non-performing loans (NPL) which eventually led to liquidity crisis. However, what is new about the recent development is that the finance minister, following his assumption of the charge of this ministry, announced that further increase of trouble loans will not be allowed. Thus, his announcement regarding the process of writing off classified loans is at odd with the statement he made earlier.

It is not clear at this point of time what the regulators really want to achieve by writing these classified loans off the bank’s balance sheet. In the past, regulatory changes were introduced aiming at improving the situation by giving bad borrowers huge concession; but nothing paid off at the end. Past experiences render support to the possibility that the new process of writing off will benefit only the perpetrators instead of enhancing the soundness of the banking sector.

The amount of classified loan that the banking system has accumulated over the last few years really worries the regulators and policymakers. In 2009, NPL amounted to BDT 22,481 crore which rose to BDT 93,911 crore in 2018, a rise of more than three times over a period of less than a decade. In addition, an estimated amount of BDT 37,866 crore has been already written off from the banks’ balance sheet. They combine amount to more than BDT1 30,000 in non-performing assets which not only indicates an alarming and fragile situation of the banking system but also lends a serious doubt about its long-run sustainability if the same show continues.

Why do regulators frequently show their leniency toward bad borrowers even if the outcome remains the same? Perhaps a political explanation is more appealing than an economic one. In their famous book ‘Fragile by Design’, Charles Calomiris of Columbia University and Stephen Haber of Stanford University investigate the causes and consequences of banking crisis worldwide. At the outset of the book the authors ask a very logical and timely question – “if stable and efficient banks are such a good idea, why are they so rare?” The underlying reasons they provide are not absolutely new but deserve serious attention from playmakers. They argue that we recognise the effects of politics everywhere in the society and somehow, we tend to think that troubles in the banking system are apolitical or a random event.

It goes beyond saying that the fundamental political institutions of a society shape the incentives of various agents in the economy to form a coalition in order to contour laws, policies, and regulations in their favour. Thus, a country does not choose its banking system; rather it gets a banking system that is consistent with the institutions that govern its distribution of political power. This explanation fits well to the case of Bangladesh.

Ownership of banks is an important issue. Before the revolutionary growth of private commercial banks in the early 1990s and their eventual penetration in the financial market of the country, state owned commercial banks (SOCBs) were the dominant players in the borrowing and lending markets. Directive and policy lending were the defining characteristics of these banks’ major activities. Given a narrow and underdeveloped private sector, primary borrowers from these banks were the state-owned enterprises (SOEs). There is no harm of allocating funds to those SOEs through the banking system instead of direct budgetary allocation.

However, most of them (SOEs) were loss-making and were functionally bankrupt. Hence, they couldn’t repay the borrowed amount. Governments were reluctant to declare them bankrupt partly due to the lack of proper bankruptcy infrastructures and mainly due to social and political unrest that may stem from bureaucratic institutions like collective bargaining agents (CBA). Thus, depletion of state exchequer continued through the banking system.

During the modern era of private-commercial-bank-led financial system, if we may say so, politics has played, in different ways, a pivotal role in influencing and shaping the structure of the country’s banking sector including banks’ ownership, control, and their lending decisions. Following the Liberation War, there were only six banks in Bangladesh, and all were state-owned. Subsequently, licences were issued for establishing new private commercial banks during different political regimes. Although ownerships of these banks were tightly associated with the respective political regimes, perhaps an expanding economy found it not so difficult to accommodate until nine new banks were introduced in 2013. At worse, licences of these new banks were issued based merely on political consideration rather than on business acumen or innovative business models. The recent scar of colossal NPL is owned mainly by these new banks (farmers bank is a case in point). To add further insult to an injury, three new banks were issued licence in 2019, summing up the schedule number of banks to 62.

It was expected, perhaps, that these new banks would enhance competition in the market and hence efficiency of the total banking system. Average interest rate spread (IRS) in the banking sector in Bangladesh is about four per cent which is pretty high. There could have little room for new banks to squeeze IRS by increasing efficiency in operations. However, competition is a very catchy phrase but difficult to admire as far as banking sector is concerned. Too much competition leads to reduction of banks charter value by increasing their funding cost. That is what the new banks have brought to the system. Instead of creating new market they have simply competed in the existing fiercely competitive deposit market only to end up in disarray.

However, owners are not hurt because of banks’ malaise performance. Owners provided capital constitutes only a tiny percentage of the liability side of a bank’s balance sheet. Majority of funds is collected by selling deposit products. These scarce funds are siphoned off to the borrowers associated with the same political parties or family affiliates of the controlling owners. It was reported that founding members of private banks borrowed more than six times of their capital in 2016. It was further showed that private commercial banks disbursed BDT 494,919 crore as loan in 2016 of which directors borrowed about BDT 70, 000 crore (more than 14 per cent).

Frequent rescheduling and writing off classified loans provide barrowers with an incentive to willingly default. These powerful and politically affiliated borrowers know that the government will step up finally to rescue an ailing bank because innocent depositors cannot be left exposed to uncertainty. Rescue of ailing banks requires the government to inject tax-payers money to restore bank’s capital pocketed by those immoral and self-proclaimed defaulters. This leads the government to squeeze budgetary allocation in other critical social sectors including public health, education etc. A gap between rich and poor keeps rising as a result. Unless this political shackle is removed from the banking system and provide financial market with more discretion merely rescheduling and writing-off will only worsen the situation instead of improving it.

The writer is currently working as

an Assistant Professor and Head of

the Department of Economics and