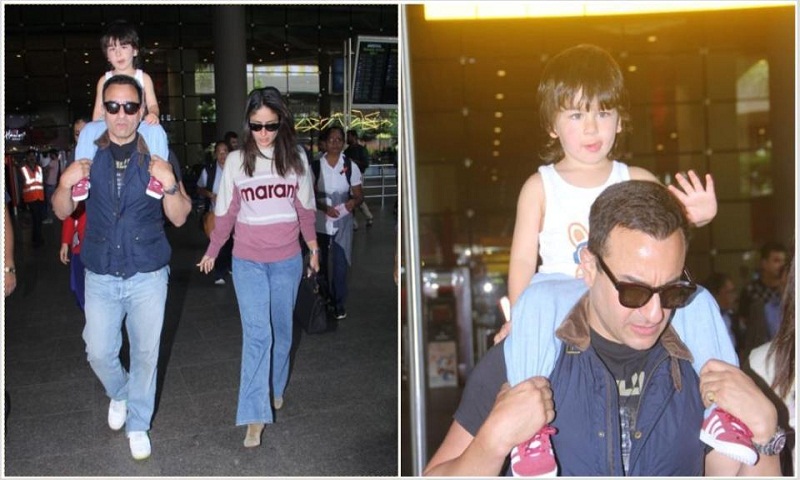 Actor Saif Ali Khan and his actor wife Kareena Kapoor have finally returned to India after spending more than two months in Europe. They were spotted with their son Taimur at the Mumbai airport as the paparazzi clicked their homecoming.

Saif was seen with a fresh new look, having ditched his thick beard and long hair. He is now clean-shaven with much shorter hair than before. Even Taimur seems to have changed a lot over just a couple of months. His curly hair now looks long and straight, reports Hindustan Times. 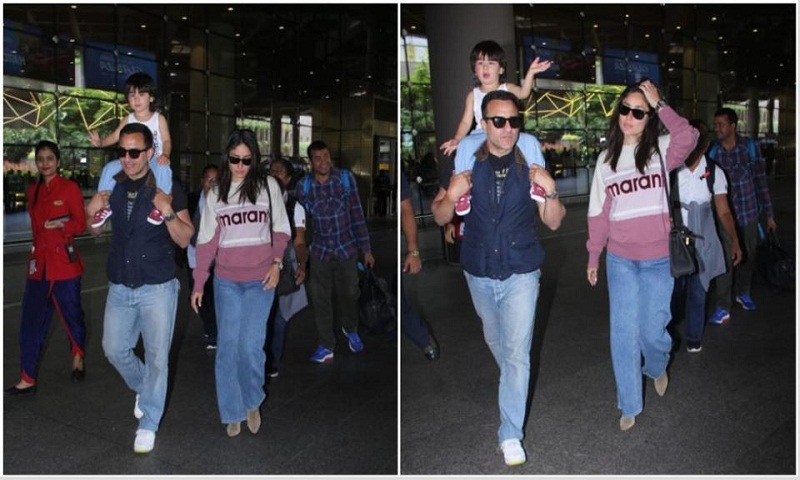 Kareena, Saif and Taimur first vacationed for a week in Tuscany, Italy in early June. They later left for London where Kareena first shot for Angrezi Medium and after that, Saif began shooting for Jawani Jaaneman. Kareena often made trips to Mumbai to shoot for her television dance reality show Dance India Dance. Saif was present in India for the promotions of his Netlfix show Sacred Games.

Saif’s sister Soha Ali Khan paid them a visit in London with her husband Kunal Kemmu and their daughter Inaaya. Kareena’s mother Babita, sister Karishma and her kids also met Kareena in London.

Saif will soon be seen in Laal Kaptaan, which releases in October. He plays a Naga sadhu in the film. Kareena is awaiting the release of Good News with Akshay Kumar, Kiara Advani and Diljit Dosanjh. She stars in Angrezi Medium with Irrfan Khan and Radhika Madan, but has a small role in the film. She will also begin shoot for Karan Johar’s Takht next year.