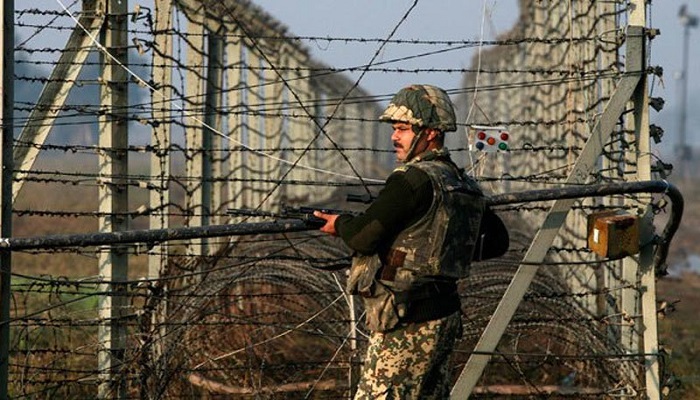 Six soldiers of the Indian army, including an officer, were killed and many others injured when Pakistan Army troops gave a "befitting response" to recent Indian ceasefire violations in Tatta Pani sector along the Line of Control, the director general of the Inter-Services Public Relations (ISPR) said on Tuesday.

According to a tweet by the ISPR chief, firing by Indian troops had killed three civilians, including a seven-year-old boy.

Two bunkers of the Indian army were also destroyed in firing by Pakistani troops.

Seven-year-old Mohammad Saddam, who was hit by an Indian sniper from across the restive LoC on Sunday night, had succumbed to his wounds early on Monday.

The Foreign Office (FO) today summoned Indian Deputy High Commissioner Gaurav Ahluwalia to protest "unprovoked ceasefire violations" by Indian border forces along the LoC in Hot Spring and Chirikot sectors on August 18. The envoy was summoned in the wake of seven-year-old Saddam's death.

"The Indian occupation forces along the LoC and Working Boundary have continuously been targeting civilian populated areas with artillery fire, heavy-calibre mortars, and automatic weapons, which still continues," an FO statement said, adding that this unprecedented escalation in ceasefire violations by Indian forces has been going on since the year 2017, when they committed 1,970 such violations.

It adde  that India's ceasefire violations were a threat to regional peace and security and "may lead to a strategic miscalculation".

According to the press release, FO Director General (South Asia and Saarc) Dr Muhammad Faisal urged the Indian side to respect the 2003 ceasefire agreement. He asked New Delhi to investigate these as well as other incidents of ceasefire violations and to instruct Indian forces to respect the ceasefire "in letter and spirit and maintain peace on the LoC and the Working Boundary".

The FO spokesperson also urged the Indian side to allow the United Nations Military Observers Group for India and Pakistan (UNMOGIP) to play its mandated role as per United Nations Security Council resolutions.