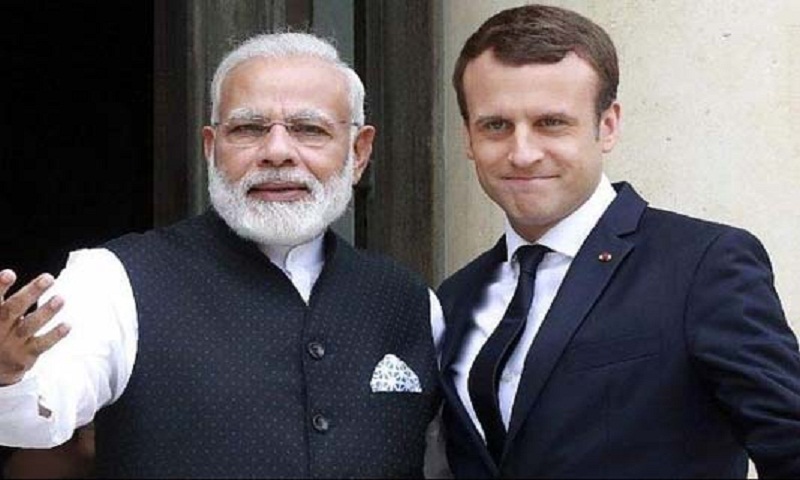 French President Emmanuel Macron will discuss tensions in the divided region of Kashmir with Indian Prime Minister Narendra Modi when the two meet in Paris this week, a French official said on Tuesday.

Meanwhile British Prime Minister Boris Johnson also weighed in on Kashmir Tuesday telling Modi in a phone call that the issue was one for India and Pakistan to resolve between themselves through dialogue.

Macron and Modi are set to sit down for a working dinner at the Chateau de Chantilly outside Paris on Thursday ahead of a G7 summit in France this weekend, to which Modi has been invited.

“Of course it (Kashmir) will be on the agenda,” a French diplomat said on condition of anonymity.

“We have a strategic partnership with India, that means having confidence in each other. We are not going to be aggressive towards India, but we expect the Indian prime minister to explain how he sees things.”

On August 5, Modi’s Hindu nationalist government scrapped the autonomy of Indian-controlled Kashmir, a divided Muslim-majority region that has enjoyed special status in the Indian constitution since the country’s independence from Britain in 1947.

The move has enraged many Kashmiris and led to tensions with nuclear-armed neighbour Pakistan, which also claims the region.

Macron is hoping the newly re-elected Indian leader will announce new pledges to curb Indian carbon emissions and will also sign up to a coalition of countries to tackle pollution from so-called HFC gases used in refrigerators and air-conditioning.