Pakistan to seek International Court of Justice ruling over Kashmir 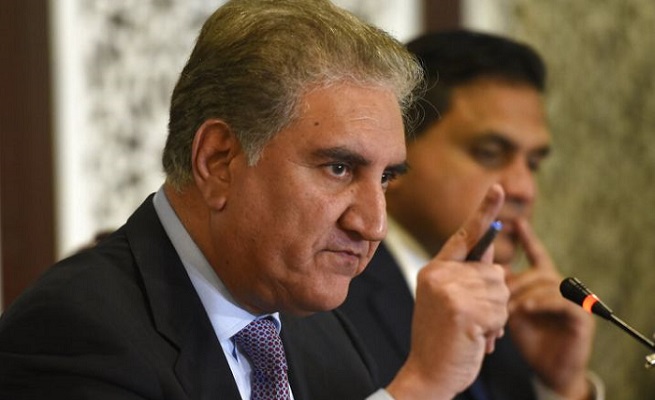 Pakistan has said it will take the Kashmir dispute to the International Court of Justice.

The move comes after India revoked the special autonomous status of the part of Kashmir that it administers.

Pakistan reacted to that decision by cutting trade and transport links, and expelling India's ambassador.

Kashmir - which both countries claim in full but rule in part - has been the site of decades of sporadic conflict.

"We have decided to take the Kashmir case to the International Court of Justice," Pakistan's Foreign Minister Shah Mehmood Qureshi told ARY News TV on Tuesday.

"The decision was taken after considering all legal aspects."

He added that the case would centre on alleged human rights violations by India - which it denies - in Muslim-majority Kashmir.

Meanwhile, British Prime Minister Boris Johnson told Indian Prime Minister Narendra Modi in a phone call that the issue was one for India and Pakistan to resolve between themselves, through dialogue.

French President Emmanuel Macron will discuss Kashmir with Narendra Modi when they meet in Paris this week, a French official said on Tuesday.

Kashmir is a Himalayan territory disputed by India and Pakistan. Each country controls part of the territory and the Indian-administered side - Jammu and Kashmir - used to have special status.

But Article 370, the constitutional provision granting Kashmir its special status, was revoked earlier this month, meaning the Indian-administered area has now been downgraded from a federal state and split into two union territories ruled by Delhi.

Despite this, there have been frequent protests and some have turned violent.

The area is no stranger to violence, as the separatist insurgency in Jammu and Kashmir which has left tens of thousands of people dead over the last three decades.

If Pakistan goes ahead, a decision by the International Court of Justice would be advisory only.

This would only not be the case if both countries agreed beforehand that the ruling should be binding.