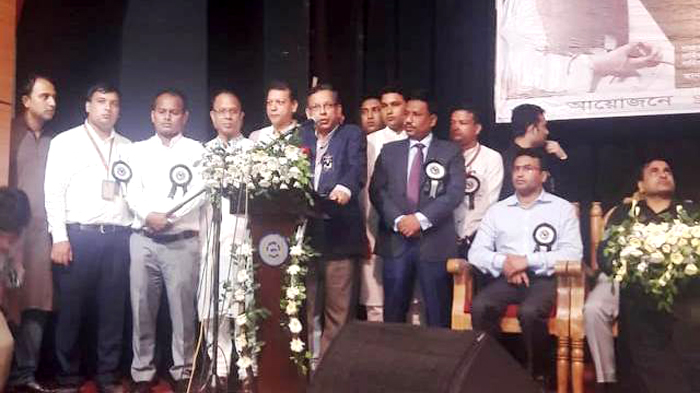 Law, Justice and Parliament Affairs Minister Anisul Huq on Tuesday said the government has been conducting both legal and diplomatic process to bring back fugitive killers of Bangabandhu Sheikh Mujibur Rahman.

The minister came up with this statement while speaking at a discussion programme on the Father of the Nation Bangabandhu Sheikh Mujibur Rahman’s 44th death anniversary and National Mourning day held at Dhaka Ainjibi Somiti Auditorium.

Mentioning that the government has yet not given up its effort to bring back the killers, the minister said recently US president Donald Trump announced that his government would not allow any criminal in America’s land. This policy of Trump administration will be helpful to extradite Rashed Chowdhury to Bangladesh.

The minister also said that knowing Trump’s policy he already requested the US president to return fugitive assassin Rashed Chowdhury to Bangladesh.

He also said that the facts and documents clearly showed that Ziaur Rahman was involved with this heinous assassination. The government will form a commission to unmask the perpetrators behind the August 15 carnage.

Anisul Huq admitted that after 44 years of the incident it would tough for the commission to unveil the faces of conspirators of Bangabandhu murder.