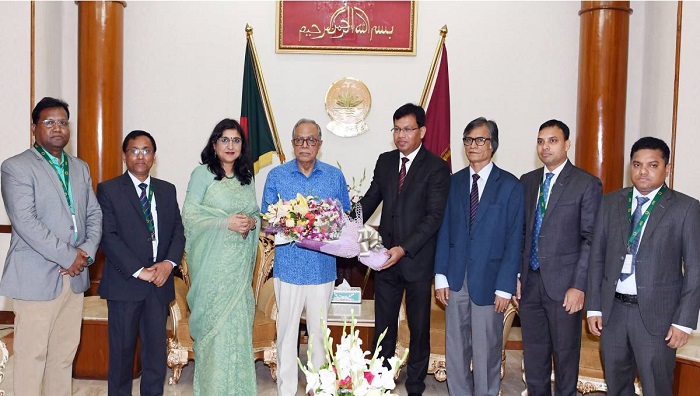 He made the remarks when a delegation led by Comilla University Vice-Chancellor Professor Dr Emran Kabir Chowdhury met him at Bangabhaban in the afternoon.

During the meeting, the VC apprised the President of ongoing development activities of the university.

He advised updating the curriculum to keep pace with the world’s reputed educational institutions.

On the other hand, another delegation led by the chairman of the Board of Trustees of Brac University, Sir Fazle Hasan Abed, paid a visit to President Hamid.

During the meeting, the President stressed ensuring quality education at private universities.

He underscored increasing extra-curricular activities alongside the academic ones to get the students ready for the global stage.

Secretaries concerned to President were also present during the meeting.