Two Years On: MSF sees no solutions in sight for Rohingyas 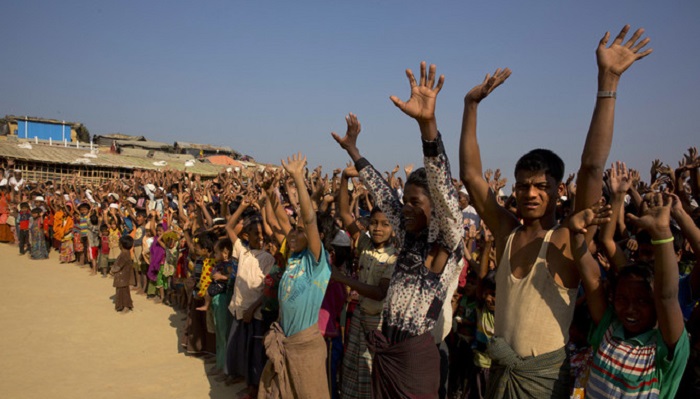 Médecins Sans Frontières/ Doctors Without Borders (MSF) on Tuesday said very little progress has been made to address the lack of legal status for the Rohingya in the region, or to address the underlying causes of the Rohingyas’ exclusion in Myanmar.

A marginalised ethnic minority from Rakhine state, the Rohingya people have in recent decades been subject to mounting targeted state exclusion and persecution, it said adding that two years ago, news of Myanmar’s campaign of violence against the Rohingya dominated the headlines.

MSF Emergency Coordinator in Cox’s Bazar Arunn Jegan said he first came to Cox’s Bazar in June 2017, at a time when thousands of Rohingya were already in Bangladesh from previous waves of targeted violence.

Even then, he said, the needs were massive. “I returned as project coordinator that August, as hundreds of thousands more people arrived. It was obvious the Rohingyas were fleeing violence – in one two-week period between August and September 2017, we watched pillars of smoke, most likely from houses and villages being burned, at several points across the border.”

At the border crossings, he said, they saw Rohingyas arriving with burns, gunshots, lacerations, and smoke asphyxiation. “The trauma was visible on people’s faces and bodies.”

To date, no meaningful solutions have been offered to the Rohingyas, who have been pushed to the margins of society in virtually all the countries they have fled to.

In Bangladesh, over 912,000 Rohingyas still live in the same basic bamboo structures as when they first arrived, face travel and work restrictions, and remain wholly reliant on humanitarian aid, MSF said.

With children unable to attend formal schooling, future generations are deprived of an opportunity to improve their situation.

Many of the illnesses MSF treats at its clinics in Cox’s Bazar are a result of the poor living conditions that the Rohingya endure, with poor access to clean latrines or water.

MSF continues to treat tens of thousands of patients a month, performing over 1.3 million consultations between August 2017-June 2019.

“Two years on, there’re now better roads, more latrines and clean water points in and around the camps. There’s more sense of order. But conditions in the camps remain precarious and big questions about people’s futures are still unanswered,” says Jegan.

The situation facing the Rohingyas still in Myanmar is similarly bleak. In 1982, a citizenship law rendered them effectively stateless, and in recent years they have been stripped of even more of their rights, ranging from civic inclusion, the right to education, marriage, family planning, to freedom of movement and access to healthcare.

In 2012, violence between the Rohingya and Rakhine communities left entire villages razed. Since then, some 128,000 Rohingyas and Kaman Muslims in central Rakhine have lived in overcrowded and squalid displacement camps. Denied freedom of movement and jobs, as well as access to basic services, they likewise rely entirely on humanitarian assistance.

An estimated 550,000 to 600,000 Rohingya remain across Rakhine State, according to MSF. Their already difficult lives have become harder as they and other communities suffer the consequences of a worsening conflict between the Myanmar military and the Arakan Army, an ethnic Rakhine armed group.

Jegan said, “When I think of the future for the Rohingya, my biggest hope is that they’re able to return home safely. Until then, I hope they’re afforded greater self-sufficiency, education rights, as well as the legal recognition they deserve. If these things don’t happen now, I fear the Rohingyas will be in the same situation in another two years, only with even fewer services available to them. Any decrease in aid should only come in tandem with growing self-sufficiency.”

The Rohingya likewise remain in limbo in Malaysia, where they have been fleeing to over the past 30 years.

There, lack of legal status pushes them and other refugee and asylum seekers into an increasingly precarious situation. Unable to work legally, they often disappear into Malaysia’s urban black market economy, where they are vulnerable to exploitation, debt bondage or work accidents.

Walking down the street or even seeking medical care can result in refugees being sent to detention centres or extorted.

“History has repeated itself with the Rohingyas and they remain forgotten. The government of Bangladesh has been accommodating but it’s not their burden to carry alone. This is a regional issue affecting all of Myanmar’s neighbours, as well as an international one. We’ve to step up and ensure that they aren’t just getting food and water but a future too”, Jegan said.