‘299 killed in accidents during Eid holidays’ 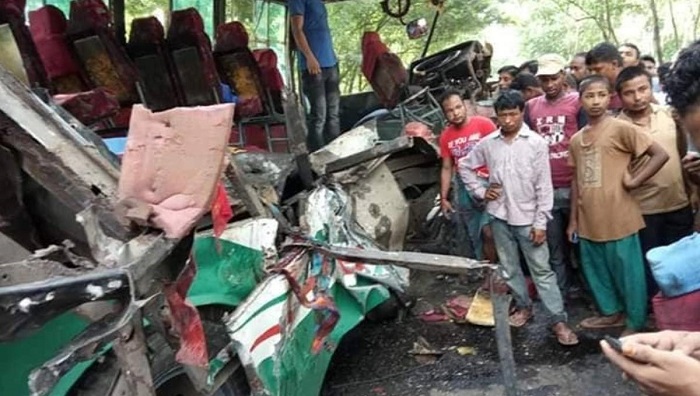 At least 299 people lost their lives in accidents during Eid-ul-Azha journeys between August 6 and August 18, the Jatri Odhikar Sangrakkhan Parishad said Tuesday.

While unveiling its findings at the National Press Club, the organisation said at least 818 people were also injured during this period.

At least 250 accidents took place on roads, rails and waterways, according to the report prepared by the organisation’s accident research and monitoring cell.

Most of the vehicles involved in accidents on highways were buses and motorcycles.

Meanwhile, 16 people were killed in 21 accidents on waterways. Twenty-three people were injured while 51 remained missing.

Thirty people lost their lives in rail accidents during the same period.

An excessive rush of people, rundown roads, reckless driving, unskilled drivers, animal-laden trucks and pickups, among others, were identified as causes of road accidents.