Mashrafe boost for HP players ahead of ‘do or die’ clash 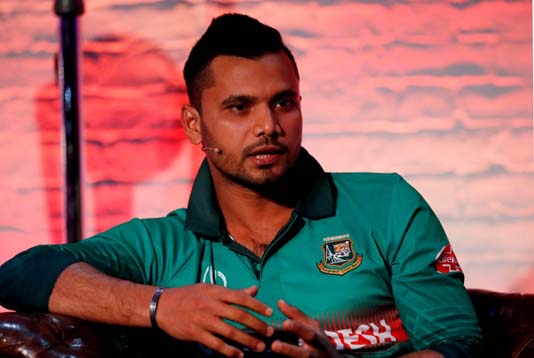 Bangladesh ODI captain Mashrafe Bin Mortaza has given a motivational speech to the High Performance (HP) team players ahead of their ‘do or die’ clash against Sri Lanka HP team.

Considered as the future prospect of the country, the HP players suffered a humiliating 186-run defeat to Sri Lankan team on Sunday at BKSP in the first of the three-match series.

The second match is on Wednesday (tomorrow), an important match which they will play to keep the series alive.

More than the margin of the defeat, HP players’ application in the ground raised a question when they were considered as the country’s future players.

The Sri Lanka HP team amassed 304-7 after which the hosts even couldn’t play the full 50 overs quota as they were bowled out for 118 in just 28.3 overs. The performance was jaded and out-of-sort, something which created a huge uproar in the cricket’s fraternity.

When they were in cornered situation, Mashrafe, the most successful captain of the country came to them to have a discussion, said HP head coach Simon Helmut.

“We have a good discussion on the last day [to how we can bounce back]” Helmut said.

“Some of the national stars were in the discussion- Mashrafe spoke to the group for more than half an hour. He was very gracious to give his time. They are still learning, they still deviling the game sense and skills in a pressure situation against quality opposition. We want to see improvement in the next game in the three departments- with the ball, bat and high intensity in the field.”

Sri Lanka HP team head coach Chaminda Vaas however expected Bangladesh to come back strongly but said his team is upbeat to win the series.

“I am pretty sure the boys will do well when it comes to the second one-day. It is up to them to go to the middle and perform and enjoy the game and do the right thing for Sri Lanka cricket,” Vaas, the Lankan’s most successful fast bowler in history said.

“Every team can go through bad time. I am pretty sure they [Bangladesh] will come back strongly. They are not taking things lightly. The best team will win the series.”