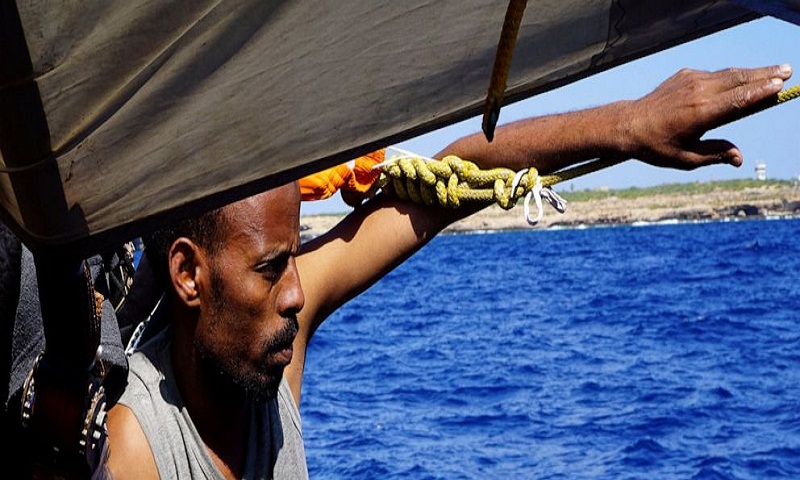 The humanitarian group Open Arms say another nine migrants have jumped into the sea "desperately trying to reach the coast of Lampedusa" — the Italian island only a few hundred yards away.

Open Arms said Tuesday that both the Italian coast guard and its own crew are trying to rescue them, adding "the situation is out of control."

Live video shows people wearing orange life vests floating in the sea, some in groups some individually, with a coast guard vessel nearby and rubber dinghies trying to reach them.

The incident comes after another man threw himself into the sea earlier in the day. He was rescued by the Coast Guard but was refusing to return to the Open Arms ship. The standoff with Italy is in its 19th day, as Italy's hard-line interior minister refuses to allow the Spanish ship access to a safe port even though other European nations have offered to take the migrants.