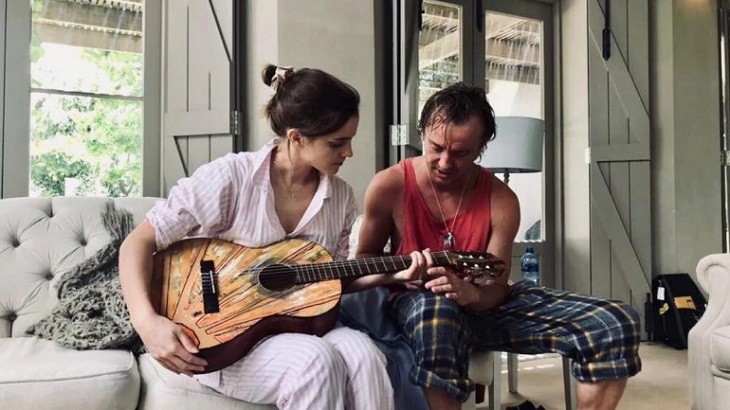 Felton, who essayed Draco Malfoy in the popular "Harry Potter" franchise, took to his Instagram to share the photograph, where he is seen teaching Watson how to place her fingers on the guitar strings.

He captioned the image: "Quick learner".

On the acting front, Watson is currently busy with "Little Women", a coming-of-age period drama film directed by Greta Gerwig. It is the eighth feature film adaptation of the 1868 novel of the same name by Louisa May Alcott.

Felton was seen in "Ophelia" directed by Claire McCarthy.