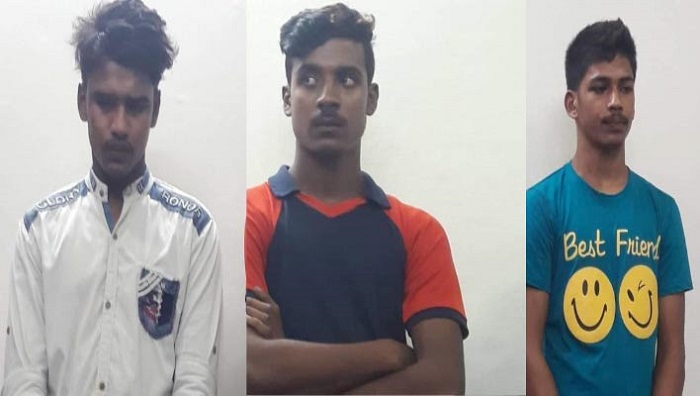 Rajshahi Police have arrested three alleged stalkers, who assaulted a teacher of Rajshahi University of Engineering and Technology (RUET) when he protested the sexual harassment of his wife on August 10.

The arrestees were identified as Bokul Ahmed, 19, son of Mostaq from Mollapara area, Shahanur Hossain Khokon, 19, son of Md Dulal from Alir Mor area and Ripon Mandal, 18, son of Md Shahidul from Kadirganj area of in Rajshahi city.

He said, “A combined team of the police station and Detective Branch (DB) of police arrested the trio in separate drives yesterday (on Monday).”

Later, they were made face-to-face with the RUET teacher and were shown arrested in connection with the assault as the teacher identified them as assaulters, the OC said.

He also said that police will produce them before court today.

On August 10, Md Rashidul Islam, an assistant professor of the department of Electrical and Electric Engineering at RUET, alleged that his wife was stalked by a group of miscreants and he was assaulted by the group as he protested it subsequently.