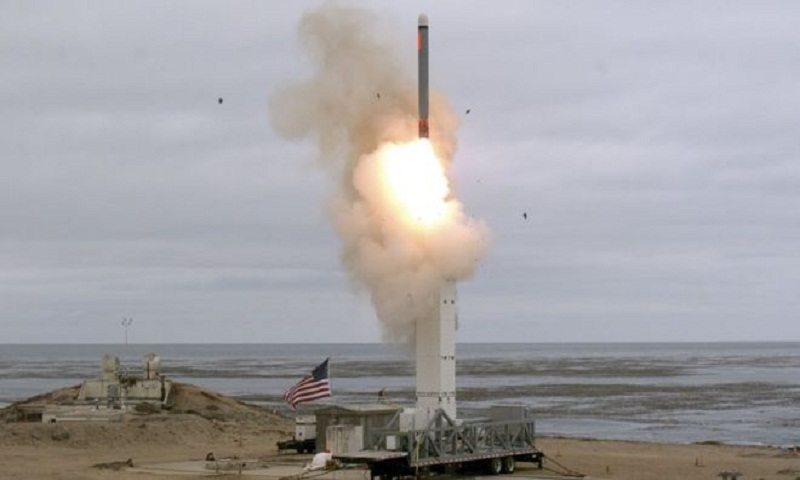 The US has tested a medium-range cruise missile weeks after pulling out of a key treaty with Russia that banned such nuclear-capable weapons.

The Pentagon said it successfully launched the missile off the coast of California on Sunday.

Moscow accused the US of "escalating military tensions".

The US withdrew from the Intermediate-Range Nuclear Forces (INF) Treaty on 2 August after accusing Russia of violating it - a claim Moscow denies.

Analysts fear the collapse of the INF could spark a new arms race.

The Pentagon said the missile, launched from the US-Navy controlled San Nicolas Island off the coast of Los Angeles, was "conventionally configured", meaning not nuclear-equipped.

What happened to the INF treaty?

Russia has been accused of breaching the terms of the treaty in the past, but earlier this year the US and Nato said there was evidence that Moscow was deploying a new type of cruise missile, the 9M729, known to Nato as SSC-8.

Russia denied the accusation and President Putin said it was a pretext for the US to leave the pact.

In February President Donald Trump set a 2 August deadline for the US to withdraw from the INF if Russia didn't come into compliance.

What was the INF Treaty?

Signed by the US and the USSR in 1987, the arms control deal banned all nuclear and non-nuclear missiles with short and medium ranges, except sea-launched weapons

The two countries were allowed to inspect each other's installations