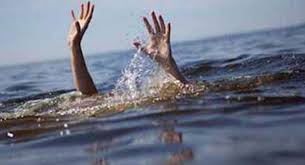 At least two children were drowned in separate incidents in Kishoreganj and Chandpur on Tuesday.

In Kishoreganj, Samir, 6, son of Nazrul Islam, hailing from Tanlokhia Mirpara village of the upazila slipped into the pond while playing beside his house at 12:00 pm.

Confirming the news Kamrul Islam Siddiqui, deputy medical community officer of Upazila Health Complex, said that the child died before he was  brought to the health complex.

In Chandpur, Sadia Akter Mim, 3, daughter of Masudur Rahman, a resident of Natehara village in Barakul Paschim union of Haziganj upazila fell into the pond while playing there at 11:00 am.

Later, locals spotted the floating body of Mim and took her to Upazila Health Complex where duty doctor declared her dead.